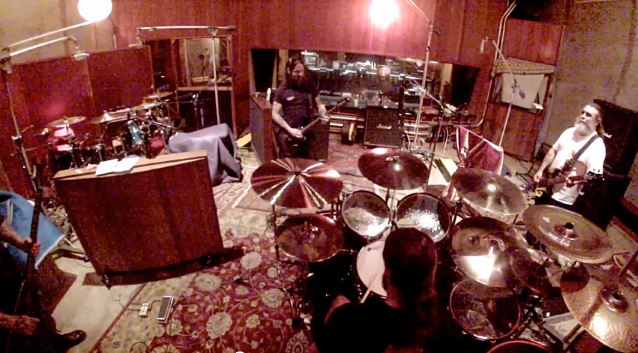 Joining guitarist Kerry King and bassist/vocalist Tom Araya during the sessions for SLAYER's new album are returning drummer Paul Bostaph, who replaced Dave Lombardo last year, and guitarist Gary Holt (also of EXODUS),who has been filling in for Jeff Hanneman on tour for the past four and a half years.

A one-minute clip of Bostaph offering a tour of the recording room as well as a 20-second clip of the entire preparing to rehearse a song can be seen below.