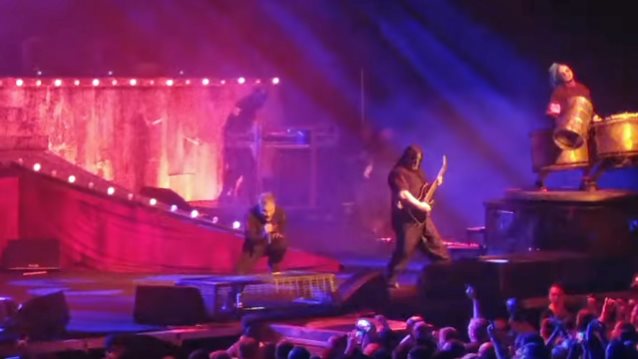 SLIPKNOT frontman Corey Taylor performed with a neck brace during his first show since undergoing surgery.

Taylor was ordered by doctors to refrain from headbanging and jumping when the band kicked off its summer tour last night (Tuesday, June 28) in Nashville, Tennessee. The band was forced to postpone its North American trek with MARILYN MANSON by three weeks after Taylor underwent what he described as "an unplanned spinal surgery."

SLIPKNOT played a 17-song set at the Bridgestone Arena, with Taylor telling the crowd: "Let's address the elephant in the room: I fucking broke my neck. But there was no way I wasn't coming to Nashville to do this show."

He later added: "It sure is weird playing with this pillow on my neck."

Taylor previously revealed on Twitter that his follow-up appointment with the doctor went "great," but added that "for now," there will be "no headbanging" or "jumping" for him for the foreseeable future. He also offered that he expects to be "back to 90 percent" within the next four to six months, and "100 percent" in a year.

Taylor said a while back that once he and SLIPKNOT take the stage, it's all about delivering the best show possible for their fans. "Once you're in front of that audience, it's all about them," he said. "You know, you can't stop like in the middle of a show and go, 'Okay, we need to work on this and work on that,' you know. It's got to be bulletproof right from the get-go. So you need to know that it's almost like a science now in your head, like, 'We've done it, we've done it, we've done it.' It's all about repetition and confidence after that."

Hell of a night in Nashville with Slipknot at Bridgestone Arena pic.twitter.com/q7bQ0b5yPi 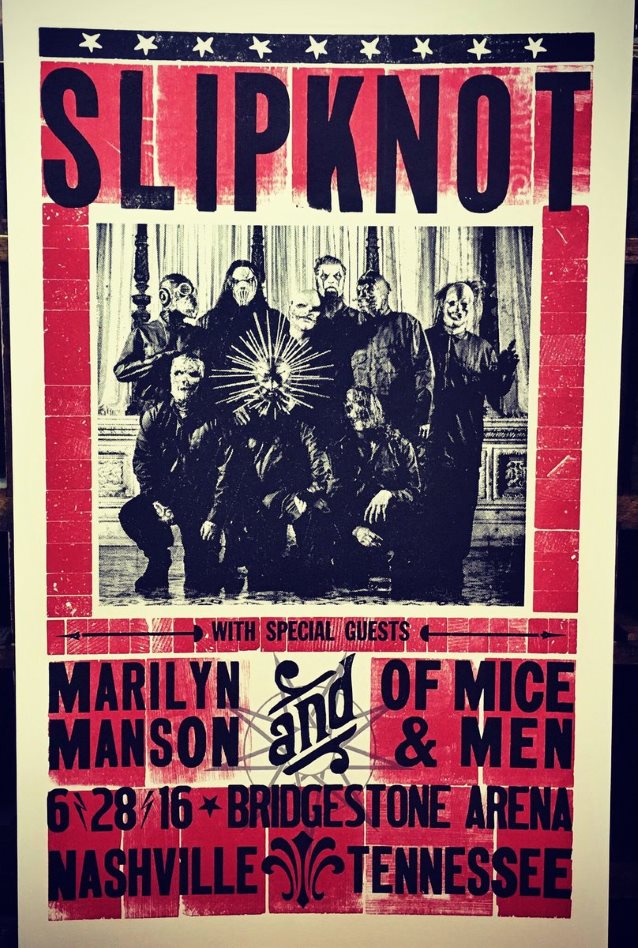