In this week's issue of U.K.'s Kerrang! magazine, SLIPKNOT frontman Corey Taylor reveals that the band has been approached to headline next year's Download festival. He says: "We've had an offer from Download but we've also got a few other options open to us at the moment. A couple of the guys in the band really want to come back and do Reading and Leeds. Obviously we had to cancel this year and it's been such a long time since we last played there, so that's definitely an option we're considering."

SLIPKNOT was forced to cancel several European festival appearances — including Reading and Leeds — as well as performances for MTV Europe and Virgin TV this past summer after drummer Joey Jordison broke his ankle and was advised to rest for four to six weeks.

In other news, SLIPKNOT's latest CD, "All Hope Is Gone", was voted "Best Album" and "Worst Album" of 2008 in the Kerrang! Readers' Poll 2008. The band was named in the following categories: 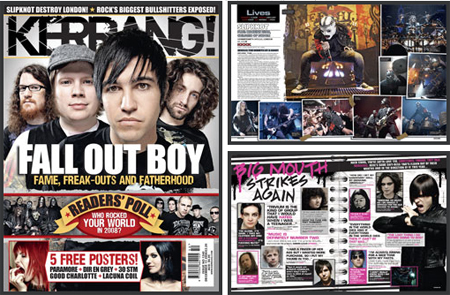