Canada's Exclaim! magazine recently conducted an interview with SLIPKNOT/STONE SOUR frontman Corey Taylor. A couple of excerpts from the chat follow below.

Exclaim!: With "All Hope Is Gone", you returned to a bit more of a heavier sound. Did that just feel like the right thing to do?

Corey: It just happened. We've never been the band that sits down and says, "We're going to sit down and make this kind of album." We throw shit at a wall and see what sticks, basically. With this album, everything felt dark. Everything felt really heavy.

Exclaim!: So would you say the album comes from a good place or a bad place? It's heavy, it's aggressive, it's dark, but you sound very positive about it.

Corey: I think all great albums have that; it's all in the delivery. The lyrics I was writing were kind of both ways. I was raging on a political sense, and I've always had something against religion, but at the same time a lot of the stuff I was talking about started in a dark place but inevitably ended up in a positive place. I've always tried to put that in there, just saying, "Yeah, shit's fucked up right now but it can be okay and this is why and this is how." So it's just something that I think is overlooked. We catch a lot of shit for being dark and whatnot but unless you're a real fan people miss the point where we're like, "But it's alright. It's okay to be fucked up. It doesn't have to always be that way." On this album, it was a great balance. That's what we finally found.

Exclaim!: And then the album goes to #1 on Billboard. What does that mean to you?

Corey: It's very weird, man. When we were in the studio, I was the first one to say, "This album's going to be #1." Kinda just talking shit, but at the same time, you hope for it. You don't want to hope too much, but it's definitely one of those things on your list of "holy shit, this would be fucking awesome." So when it did go #1, it fucking blew me away. I was so fucking excited. I was really happy; I called everybody I knew and told them. I was very proud of that. Everybody talks about how it felt to win the Grammy. But fuck the Grammy. That's seven old people sitting in a room deciding whether or not they've heard of your band. For me, it's always been more about the albums, the gold albums, the platinum albums, people showing up at your show. That's your audience coming out and saying, "We fucking love what you do. We all do." The album was the same way; our fans gave that to us. We worked hard and we earned it but our fans gave that to us just as much as fucking SoundScan did.

Exclaim!: Speaking of the live show, you recently headlined Madison Square Garden. How did a band that sounds like you guys do that?

Corey: That's a great fucking question, man. I don't even know, to be honest. I still trip on it. Leading up to it, it wasn't that big of a deal. I was like, "It's fucking Madison Square Garden, whatever." Then you show up there and it's like, "Holy shit, it's Madison Square Garden." Seriously, when the curtain came up and we're standing there and I'm looking at the Garden and we had damn near sold it out, my jaw dropped. You couldn't see it because I was wearing a fucking mask, but it took me a second to get my shit together. I was nervous… I'm never nervous. It blew me away. When we finished the show, I came offstage, I just started bawling. It was a heavy, heavy night for me. Nobody plays Madison Square Garden to make money, let's put it that way. It's very expensive to play. Someone told me it cost $50,000 just to turn the lights on in that place. So you don't really play there to make money. You play there because it's Madison Square Garden. It's a prestige gig. For me, it was just one more testament to how far we'd come.

Exclaim!: So you get offstage at Madison Square Garden and you're bawling; how come?

Corey: It was just big. I don't usually let shit like that get to me, but it was a big night, and it was a fucking great show. It was probably the best show we've ever had in New York. Everyone was just going insane. It sounded like everyone was singing every fucking word. It was just one of those golden moments. It was Maiden at Donington, it was CHEAP TRICK at Budokan, it was AEROSMITH at the Texas Jam. It was fucking heavy. The grind of this gig can break you down and make you very cynical but there's moments like that that make you sit back and say, "I am living a dream. Are you kidding me? I get to do this for real?" So I was giddy. I was 14 in my room reading magazines, just going, "Fuck, some day." And that day was that day and it made me very happy; I went backstage and hugged all my bros. I was sick as a fucking dog that night too, that's what killed me. I had a sinus infection, I had an ear infection, a 100-degree fever and it just all went away. 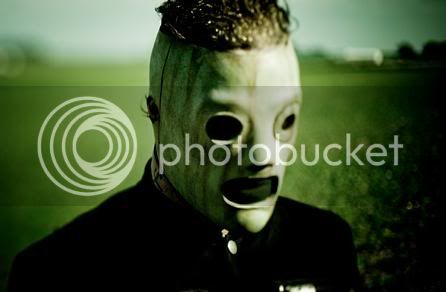