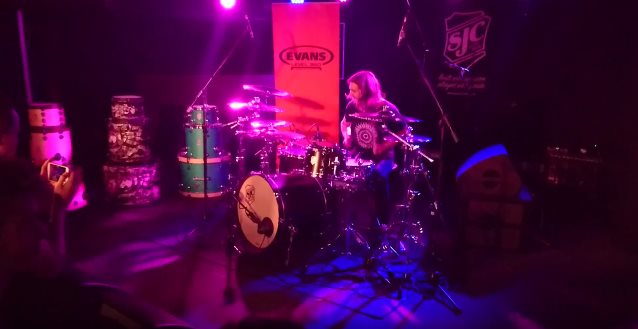 On Friday, November 11, 2016, fans were able to see the SLIPKNOT drummer hand painting three snare drums live at the Wardrobe in Leeds.

The afternoon event was open to all ages and allowed fans a meet-and-greet with Weinberg.

From 7 p.m. until late, he performed, hosted a question-and-answer session and also judged a drum-off with some amazing prizes to be won, including a SJC Custom Drums snare drum.

Weinberg, 26, discovered SLIPKNOT when he was ten years old, through his father Max, of Bruce Springsteen's E STREET BAND, and leader of the house band on Conan O'Brien's talk show. He "was hooked immediately" and was a huge fan of SLIPKNOT by the time he was invited to Los Angeles to try out as replacement for Joey Jordison in 2013. 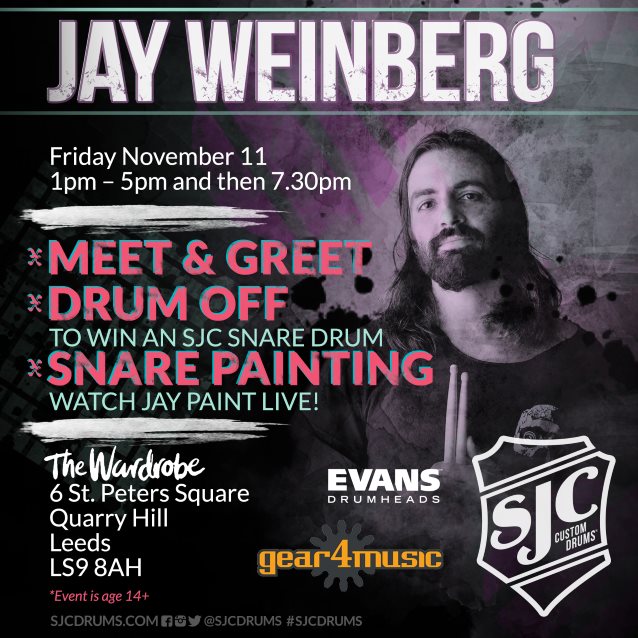