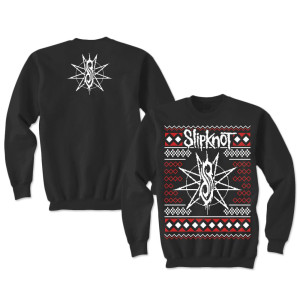 SLIPKNOT is offering its own contribution to this year's "ugly Christmas sweater," a ubiquitous feature of the holiday season which began to sprout up in the last several decades.

You can purchase your own SLIPKNOT 2014 "holiday sweater" for $60 at the band's webshop.