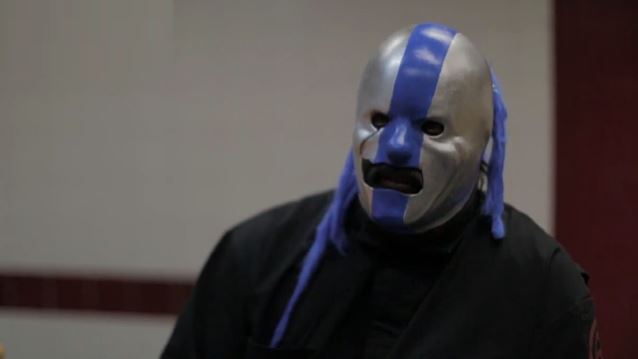 SLIPKNOT's CLOWN: 'From The Very Beginning, We've Always Grown; It's Our Way'

Spazio Rock conducted an interview with SLIPKNOT percussionist Shawn "Clown" Crahan before the band's February 3 concert in Milan, Italy. You can now watch the chat below.

Speaking about SLIPKNOT's musical evolution, Crahan said: "I don't look like I looked in 1999, so why would I make music of 1999? However, I'm still me, so you're still gonna get me. You're still gonna get SLIPKNOT — always. But we, from the very beginning, we've always grown; it's our way. The next thing will be different and different, and you'll be sitting here, going, 'Again?' It's just who we are, man."

"Custer" is the latest single from SLIPKNOT's 2014 album, ".5: The Gray Chapter", which came out in October.