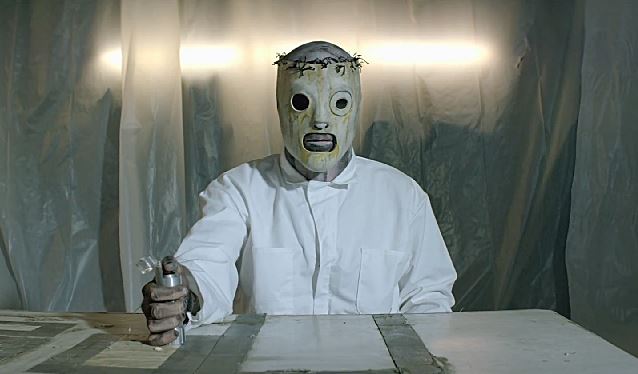 SLIPKNOT's COREY TAYLOR Comments On New Bassist's Identity Leak: 'I Was So Upset'

SLIPKNOT's fifth album, ".5: The Gray Chapter", will be released on October 21 via Roadrunner. It's the band's first CD without founding drummer Joey Jordison, who was fired in 2013, and late bassist Paul Gray.

The identities of the band's new bassist and drummer have not yet been revealed, but both appeared — disguised in the same newly designed mask — in the video for "The Devil In I", the first single from the new album.

Nonetheless, it is widely believed that the new bassist is Alessandro "Vman" Venturella, who sports the exact same tattoo on his hand that was spotted on the hand of the new bassist in the video. Venturella has served as a guitar tech for MASTODON, COHEED AND CAMBRIA and others, while also playing in the band KROKODIL.

During an appearance on "Corey Taylor Talks", Las Vegas' only show for teens hosted by actor and radio personality Corey Taylor (no relation),SLIPKNOT singer Corey Taylor stated about the band's latest additions: "They're not official bandmembers yet, but they are people who play with the band. Time will tell whether or not they're, like, full members."

He added: "With this band, you earn everything. You're not just given that shot; you have to earn it. And so far, they're doing really well. And we're really enjoying jamming with them. But we're keeping it kind of on the DL, but not really, 'cause somebody already pointed out the tattoos. I was, like, 'Why didn't we make him wear gloves?' I was so upset. I was, like, we thought of all this stuff. We put the hood on him and then the mask, and it was, like, 'It's really hot, guys,' And then there is his tattoos for everybody [to see]. I was, like, 'Well, we missed the mark on that one.'"

In a recent interview with UK's Metal Hammer magazine, Taylor said that SLIPKNOT will not officially reveal the new musicians' identities "unless we absolutely have to." However, he did confirm that LAMB OF GOD's Chris Adler did not play on ".5: The Gray Chapter" and is not featured in SLIPKNOT's touring lineup. "I love Chris, but it's definitely not him!" Corey said. "I loved the way he played that off in interviews [when asked about rumors that he played on the new SLIPKNOT album] – I was gut-laughing!

"But, yeah, I caught some shit from some of the fans — and I guess I've got to get used to the fact that I'm always going to, no matter what I say — because I wanted the music to stand for itself rather than telling people who the drummer is."

Taylor told Metal Hammer that firing Jordison in 2013 after 18 years was "one of the hardest decisions" the group ever made, adding that Jordison is "in a place in his life" which is "not where we are."

Taylor said that the band is "happy right now and we hope that he is… He's just in a place in his life, right now, that's not where we are." 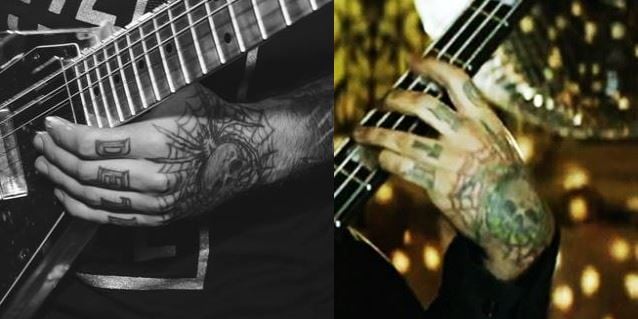 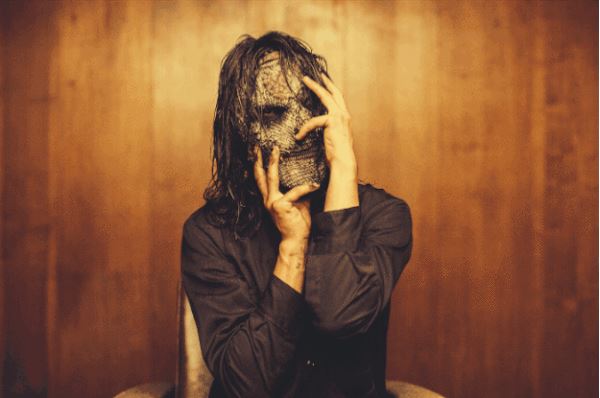 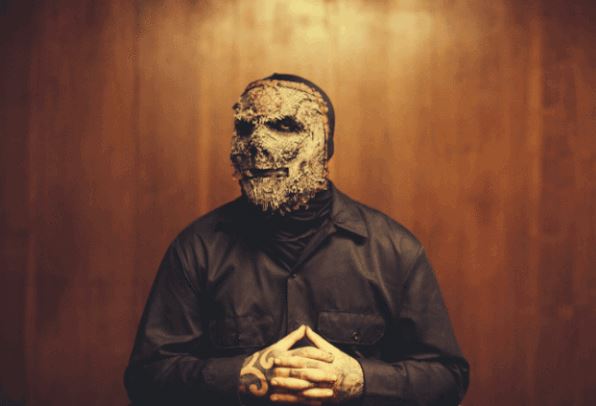