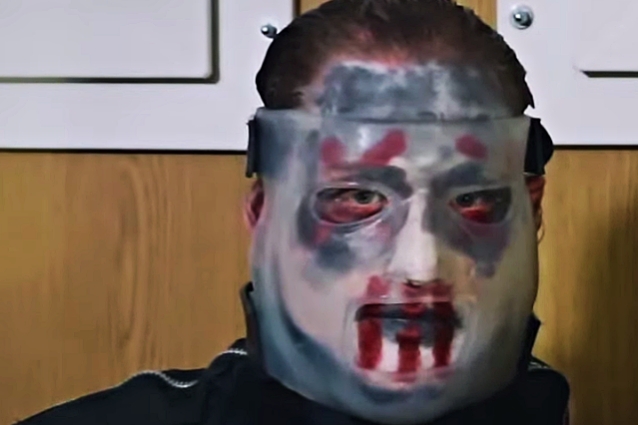 SLIPKNOT's COREY TAYLOR ON 'Solway Firth': 'It's Probably One Of The Heaviest Songs We've Written In 15 Years'

During a recent interview with Italy's Radio Freccia, SLIPKNOT frontman Corey Taylor spoke about the importance of expanding a band's sound without straying too far from the group's musical roots. He said (see video below): "That's one of the cool things about [SLIPKNOT's latest] album ['We Are Not Your Kind'] — it has all of that. I've always said that bands who experiment too far and then don't bring it back to that emotion that fans need — not expect, but need — from a certain band, we have never forgotten that. So as far out as we want to experiment and create and really make this beautifully dense dark art, there's also crushingly heavy stuff on this album. Honestly, one of my favorites is called 'Solway Firth', and it's probably one of the heaviest songs we've written in 15 years. And it is such a sledgehammer that's so emotional that it's really gonna take people's breath away. And it's the culmination of everything that is being told on this album. So, yes, there are beautifully artistic passages on this album. However, there's still the sledgehammer of SLIPKNOT."

SLIPKNOT's sixth album, "We Are Not Your Kind", was released on August 9 via Roadrunner. The disc was once again recorded at a Los Angeles studio with producer Greg Fidelman, who engineered and mixed SLIPKNOT's 2004 album "Vol. 3: (The Subliminal Verses)" and helmed 2014's ".5: The Gray Chapter".

SLIPKNOT's "Knotfest Roadshow" headline tour of North America kicked off on July 26 in Mountain View, California at Shoreline Amphitheater and continued through September 8 where it concluded with a performance at Cynthia Woods Mitchell Pavilion in The Woodlands, Texas.