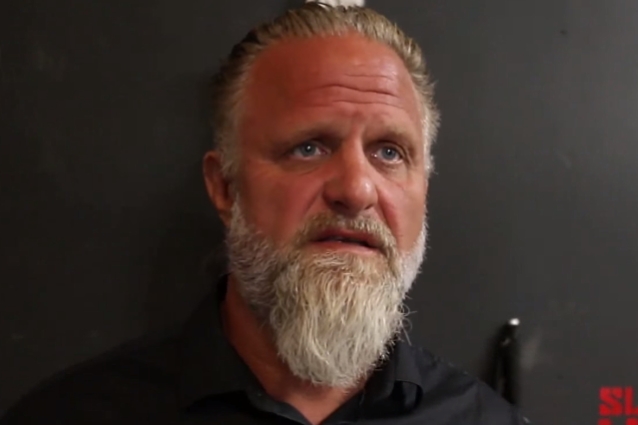 In the second of a six-part interview with Terry "Beez" Bezer of Knotfest.com's "Mosh Talks With Beez", SLIPKNOT percussionist and co-founder M. Shawn "Clown" Crahan revisited grieving the loss of his daughter and how his connection with his community has prompted him to understand the value of sharing his art and vibration with the world.

"When you have a loss like that, you can't imagine the steps backwards you take and the words that come to mind that you have to take notice to and then take stock to," Clown said (as transcribed by BLABBERMOUTH.NET)." And there's not a single thing anybody in the world's gonna say that's gonna change it. Period — end of story. I mean, think about that. There's nothing anybody in the world could ever teach me — I'm a human that can be taught — no one can teach me or give me a tool that will make that acceptable, ever. So you take a lot of steps backwards. And when you do that, you notice, 'Wow. I've been abusing my own art.'"