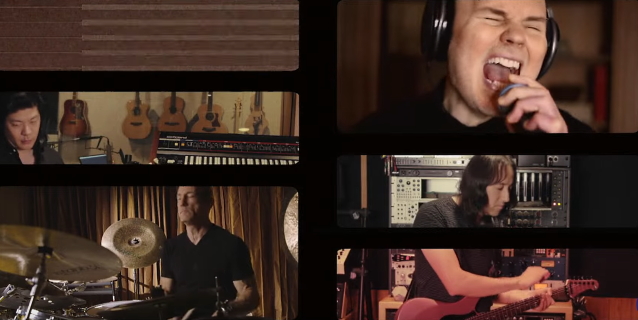 Founding members Billy Corgan, Jimmy Chamberlin and James Iha, along with longtime guitarist Jeff Schroeder played the song in a studio, but the footage was edited to create a visual collage.

"'Cyr' is dystopic folly," Corgan said in a statement, "one soul against the world sort of stuff, set against a backdrop of shifting loyalties and sped up time. To me it stands as both hopeful and dismissive of what is and isn't possible with faith."

Billy told Apple Music about "Cyr": "I think this is the music that's coming out now is the things that have taken root. We've gone back to just being ourselves. We're good pop assassins, and I think as long as we're sort of in that space, we're good. Anybody can ascribe anything they want to it as far as stylistically, but it bears repeating that what most of the general public knows of the band is really only one small slice of the band's music. The band's sort of width was a lot wider. So this falls quite comfortably in the music that we've made through the years."