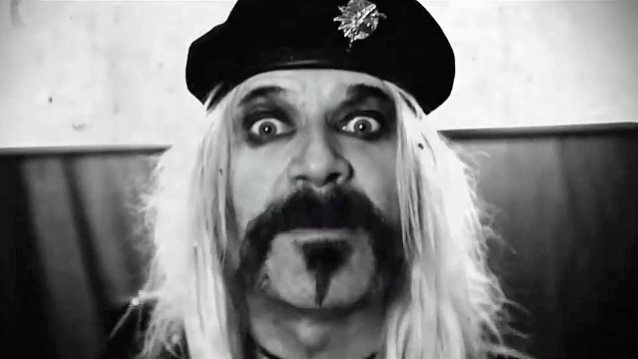 Swedish multi-instrumentalist Snowy Shaw, who has played with such legendary bands as MERCYFUL FATE, KING DIAMOND, THERION, DIMMU BORGIR, MEMENTO MORI, DREAM EVIL, NOTRE DAME and SABATON, has released a music video for the song "Alcoholocaust". The track was written, produced, recorded, played and sung by Shaw. It was mixed and mastered at Sound Industry in Gothenburg by Arnold Lindberg.

The 2016 edition of Snowy's "supershow" can next be seen live at Germany's Wacken Open Air festival in August and at Sweden's Metallsvenskan on June 3. The Metallsvenskan performance will mark Snowy's only show on his home turf as he has opted to focus primarily on working on new material, which is being recorded and filmed for tentative February 2017 release.

Although Snowy's shows have consisted mainly of material from his past and have often featured special guest stars from the aforementioned bands, no less than 65 percent of of the material performed was penned by Shaw himself.