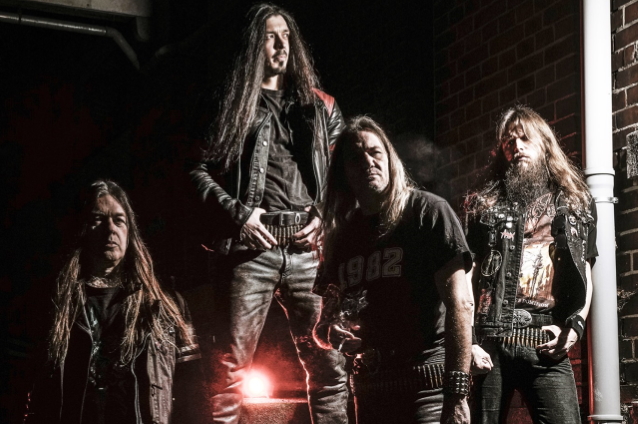 German thrash metal veterans SODOM have recruited Toni Merkel as their new drummer. He joins the band as the replacement for Stefan "Husky" Hüskens, who announced his departure from SODOM earlier in the month.

Says the group: "Flying under the radar for a long time, it's a dream coming true for [Toni]. Brace yourself to get your face smashed by his awesome drumming!"

Added Toni: "I am very proud to anounce that I am the new SODOM drummer and really looking forward to work and rehearse with these awesome guys for the next album and live shows. See you soon!!!"

This past November, SODOM released a new EP, "Out Of The Frontline Trench", via SPV/Steamhammer. The effort contained three brand new tracks as well as new recordings (studio and live) of two SODOM classics.