RauteMusik Metal recently conducted an interview with Chicago heavy rockers SOIL. You can now listen to the chat in the YouTube clip below.

"Whole" is the first SOIL album with original frontman Ryan McCombs since 2004's "Re.De.Fine" (after which he joined DROWNING POOL). It sees SOIL returning to its classic sound that fans have come to admire, with a pres release calling it the CD "that could have come directly after the 'Scars' album in 2001."

"This was by far the most comfortable and natural recording process we have ever experienced," says guitarist Adam Zadel. "From the writing, pre-production, and through the main tracking and mixing, everything was smooth and fluid."

Songs featured on "Whole" include "Loaded Gun" and "Way Gone". Another track, "Amalgamation", sees McCombs taking songtitles from both the SOIL and DROWNING POOL releases he was a part of and weaving them into verses of the song.

"I think, lyrically speaking, those that are familiar with the work I've done are going to get the next chapter that they would expect," McCombs says about the lyrical process. "Words from a heart and mind that has lived them.

"One of the greatest things I experience as a lyricist is when people come up and share with me how a song, or a specific verse or line from a song, got them through a hard time or times in their lives. It reminds me of the times music did that for me and how powerful music and/or a lyric can be in a person's life."

Drums and percussion on "Whole" were performed by Will Hunt (BLACK LABEL SOCIETY, EVANESCENCE, DEVICE).

"Will added a whole new dimension to the songs," states King. "He added a monstrous and aggressive vibe to the album."

A guest guitar solo on "Wake Up" was performed by longtime friend Mike Mushok of the band STAIND. 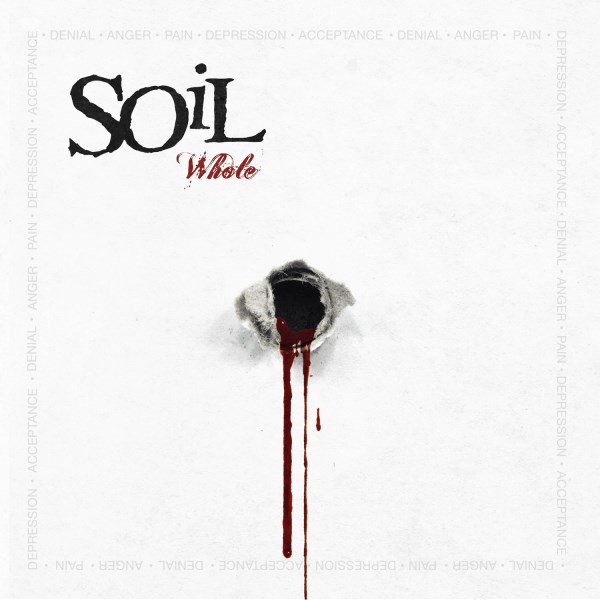