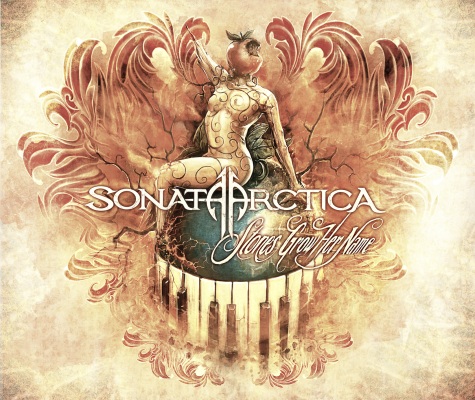 Noizz Eater magazine recently conducted an interview with singer Tony Kakko of Finnish metallers SONATA ARCTICA. A couple of excerpts from the chat follow below.

On the musical direction change:

Tony Kakko: "Musical growth never ends, I suppose. This time I really wanted to make the things little bit simpler. We went far enough on that progressive road and it was the time to make another turn. At the moment, it seems to result in a huge turmoil on our set list. I could describe this album as the most live friendly SONATA album to date."

Tony Kakko: "I've always written the songs for myself. I think it's a totally wrong approach if you just think, 'This will surely sell,' as it's very popular for the time being. Music has to be written for yourself. If I pour my heart and soul on a song and think that song is the best song I've ever written, and this thing happens with each song and album, I think you're doing something right. There are people on this planet who will think the same way about at least some of those songs. But, of course, it is fine to not like some music or some bands at all. It is OK, kids! [Laughs] I do care about the fans a great deal. I mean, I love them! I would not be able to do what I do without this fantastic bunch of people. It just seems to me we have a tendency to tickle some bones on some people who have never liked our band. And these guys are always the loudest. We're living on a planet full of wonders."

Tony Kakko: "As you might figure, it started out as a... joke. Me fooling around with this banjo sound I came across. Wrote a riff which turned into a song. And when we then decided it's gonna be recorded for this album all we had to do was to find someone to play the banjo. We did! And also find a talent for fiddle and double-bass. This is the one song that still makes me smile every time I hear it. A worthy song for that alone."

On touring remote corners of the world:

Tony Kakko: "It's somehow so, that the poorer the country and the less money people have, the more they get out of these shows they buy tickets to. So the folk there... they're just wild and all over the place! They really make you feel like a rock star, even if you don't usually think so. The venues and gear might not always be the best ever, but their hearts are warm and the will to be there and make things happen is sincere."