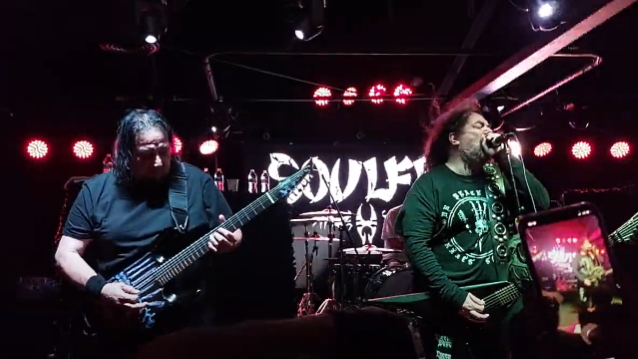 Fan-filmed video footage of SOULFLY's February 10 concert at Strummer's in Fresno, California can be seen below.

FEAR FACTORY's Dino Cazares is once again playing guitar for SOULFLY on the Max Cavalera-fronted outfit's current U.S. tour. He previously performed with SOULFLY on the group's last U.S. run of dates, which took place in August and September of 2021.

SOULFLY kicked off its 35-date U.S. tour on February 7 in Las Vegas, Nevada. The trek will make stops in Seattle, Minneapolis, Nashville, and Baton Rouge before concluding in Gallup, New Mexico on March 19. Joining the band for select dates are SHORT FUSE and 200 STAB WOUNDS.

Prior to the launch of the tour, Cavalera commented: "SOULFLY would like to welcome back our brother/legend Dino Cazares to share the stage once again with us! Round One was amazing! The Tribe in other cities will now get the chance to see this epic lineup, playing classic trax and some surprises from our new record!"

Cazares added: "I will reenter the riff vortex with the SOULFLY Tribe! I look forward to rejoining Max and La Familia on their U.S. tour, destroying stages with an avalanche of classic anthems and brand new songs."

Last month, Max told Zippo Encore's "Art Of Rock" livestream series: "It's so cool that we have amazing friends like [Dino] in the industry. That you can call Dino up and he's available. So [it's] just really great… [Touring with him last year] was so much fun, man, because Dino… We grew up together. I was a huge FEAR FACTORY fan. I helped them get signed [to Roadrunner]. And then, of course, he plays on 'Eye For An Eye' on the first SOULFLY [album]; he plays guitars on it. So when we invited him to do that tour, it was a perfect match. And the fans, they lost their shit. It was so cool. Sometimes I would stay on the bus and I'd watch Dino get out of the bus and he'd just get mobbed; 10 kids would just surround him. I was, like, 'Oh, this is cool, man. This is what's up. This is some true metal shit right here.'" 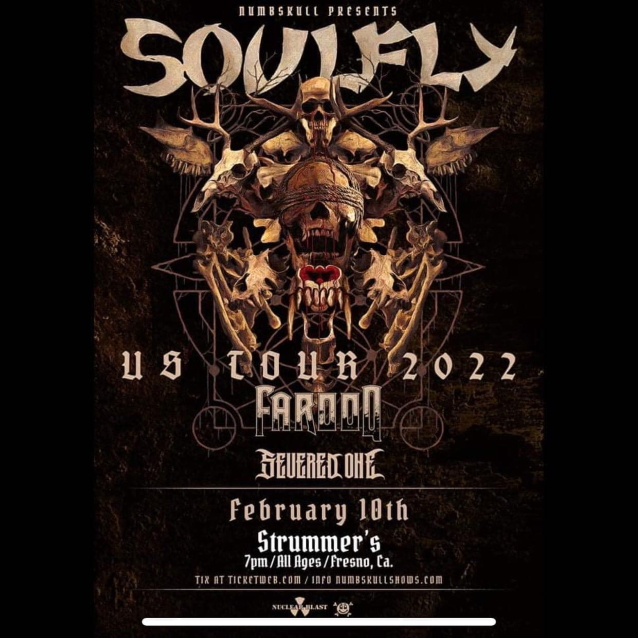