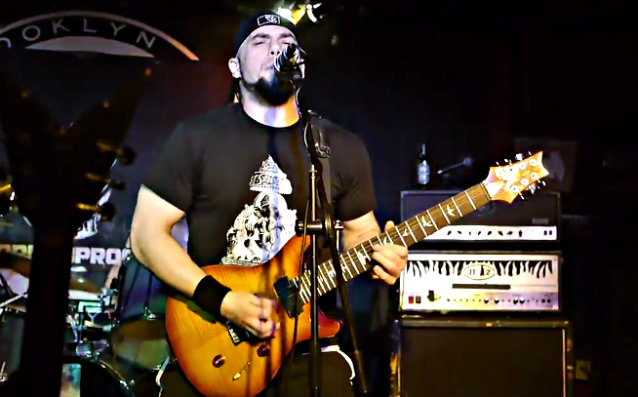 Fan-filmed video footage of Marc Rizzo's (SOULFLY, CAVALERA CONSPIRACY) December 7 performance at The Trash Bar in Brooklyn, New York as part of a holiday tribute show to "Dimebag" Darrell Abbott (PANTERA, DAMAGEPLAN) can be seen below.

Rizzo earlier in the year released a single from his forthcoming fourth solo record, which was recorded with producer Chris "Zeuss" Harris (SUICIDE SILENCE, ALL THAT REMAINS, SHADOWS FALL, SOULFLY). The song titled "Wicked Shattered" is now available for download via iTunes, Amazon and other digital retailers.

Rizzo's previous single, "Downside Up", was released in September 2012.

New Jersey native Marc Rizzo embarked on his first U.S. solo tour in 2007. He released two solo albums with Shrapnel Records in 2006 and 2007, entitled "Colossal Myopia" and "The Ultimate Devotion", respectively. In 2010, Marc issued his latest album on his own Phlamencore Records, entitled "Legionnaire".

Rizzo has been endorsed by the likes of Peavey, Yamaha and B.C. Rich, and currently has a B.C. Rich Stealth Pro seven-string signature guitar available for public purchase.