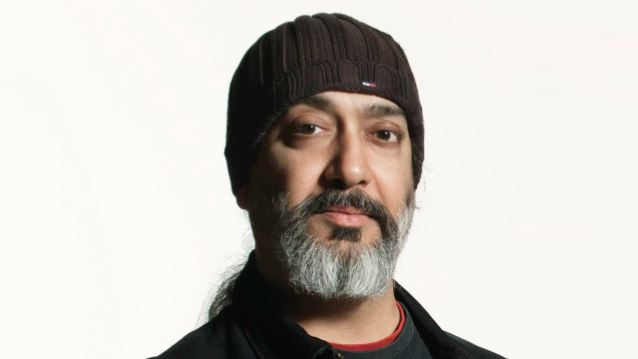 SOUNDGARDEN guitarist Kim Thayil says that the band is hoping to release the long-awaited follow-up to 2012's comeback album, "King Animal", at the end of next year. The group started work on a new record in 2015, but took a break while frontman Chris Cornell toured last fall and earlier this year in support of his latest solo effort, "Higher Truth".

Speaking to Meltdown of the WRIF radio station in Detroit, Michigan, Thayil said about the progress of the songwriting sessions for the next SOUNDGARDEN record (hear audio below): "We're shooting [to release it in] late 2017. We've already done some writing. We have some more writing to do, and then there's the whole studio process."

He continued: "Some people whip out albums in a few weeks or a few months, and SOUNDGARDEN, given our different schedules, it takes a matter of months. We do something for a few weeks and then come back a few months later, or a month later, and revisit it."

Thayil added: "We're fairly attentive to what we do, so we wanna make sure that it has precision where it needs precision, it has chaos and looseness where you want the song to be wild and it has color where you want it to really shine. And we really roll the thing over. And that's our process. It's probably because you have four different, strong opinions and four different songwriters without the addition of the producer. So it's definitely a fun and dynamic process."

Thayil recently told "Whiplash", the KLOS radio show hosted by Full Metal Jackie, that SOUNDGARDEN has had" a number of songwriting and jam sessions" over the past year and has "some rough demos of a dozen or so songs."

Thayil also talked about how SOUNDGARDEN's creative process for making a new album has changed from when the band first achieved success. "The most exciting thing was having the new material be as fresh, and to add to the new material with the individual musical experiences we've acquired over the past decade or so," he said. "That kept everything with the same songwriting and personnel dynamic, that's augmented that personal dynamic with these new ideas and new music and new experiences that we've acquired over the past decade or so."

He continued: "With any relationship — with family or loved ones or boyfriend and girlfriend — sometimes after a period of time, you grow apart; you grow apart when you're together, you grow apart when you're away. But after this long period of time, we're still sort of where we're at with each other, and that's been a very positive thing. Probably because over those years when the band was not together, we were all still in touch and all still sharing similar social circles and the same friends, so we were always constantly doing things together and running into each other. It was just a matter of getting the four of us all on the same page and willing to put our nose to the grindstone and do the work that was required to keep the SOUNDGARDEN machine going the way it was when we split in the late '90s. I think the added maturity and growth is probably a bonus as well."

In addition to "King Animal", SOUNDGARDEN has issued a live CD, a greatest hits compilation and a two-disc collection of B-sides, outtakes and rarities.