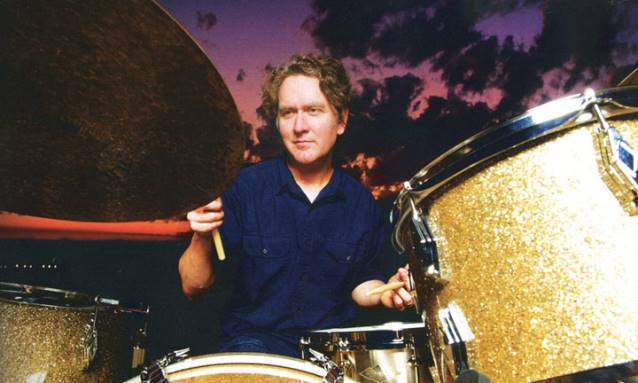 According to Brazil's Globo.com, SOUNDGARDEN has recruited Matt Chamberlain (pictured) to fill in for drummer Matt Cameron for the the band's 2014 tour dates, including SOUNDGARDEN's upcoming summer U.S. trek with NINE INCH NAILS. Cameron will sit out the shows shows due to his live commitments with his other group, PEARL JAM.

Since the mid-1990s, Chamberlain, 46, has become well known as a session drummer, having appeared on over 200 records with sales well over 80 million worldwide. The diverse range of artists that Chamberlain has contributed his drumming to the tours and albums of include Tori Amos, Peter Gabriel, THE WALLFLOWERS, Fiona Apple, Kanye West, Elton John, Natalie Merchant, John Mayer and Shakira.

In 2005, Chamberlain released a self-titled solo album on Web Of Mimicry Records that he describes as "an imaginary soundtrack to an Asian-Western sci-fi-horror movie."

Cameron announced last November that he will be absent from SOUNDGARDEN 2014 tour dates "due to prior commitments promoting 'Lightning Bolt' with my brothers in PEARL JAM and the desire to have more time at home with my family. I am trying to balance the many twists and turns of my awesome music career. This is temporary."

Cameron added, "I am still an active member of SOUNDGARDEN."

Ironically, Cameron told The Pulse Of Radio not long ago that playing for both SOUNDGARDEN and PEARL JAM was not the most demanding thing he'd ever done. "You know what? I've actually been a lot busier in my life," he said. "When I was in my 20s, I used to play in a bunch of different bands at once and it's just part of the job of being a drummer — sometimes you've got to do a little juggling. But I'm certainly happy to do it."

Cameron has been a member of PEARL JAM since 1998, the year after SOUNDGARDEN disbanded.

Tickets for SOUNDGARDEN's U.S. tour with NINE INCH NAILS will go on sale to the public Friday, March 21.