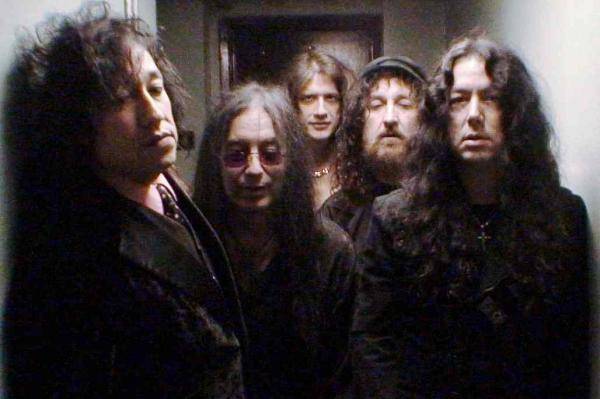 SPIDERS & SNAKES To Release 'Year Of The Snake' In May

"Year Of The Snake" is the first SPIDERS & SNAKES studio album release since 2008's "Melodrama" on the Corporate Punishment label (distributed by E1 Entertainment) and features all four band members sharing lead vocal and song-writing duties. The multiple lead vocalists lends the disc a depth that separates it stylistically from previous efforts, which mainly featured SPIDERS & SNAKES co-founder Lizzie Grey on lead vocals. The new album was recorded in the Chinese calendar "Year Of The Snake" (2013-2014) at Steady Studios in Burbank, California with engineer Gavin Ross at the helm — just short of the band's upcoming 25th anniversary.

Founded in 1990 from the ashes of Grey's previous outfit — the notorious LONDON, which famously spawned the careers of Nikki Sixx (MÖTLEY CRÜE),Izzy Stradlin, Steven Adler, Slash (GUNS N' ROSES),Blackie Lawless (W.A.S.P.),Fred Coury (CINDERELLA) and Nigel Benjamin (MOTT THE HOOPLE) — SPIDERS & SNAKES immediately made its presence felt in its hometown of Hollywood by selling out venues on the Sunset Strip and the West Coast with its SWEET-meets-T. REX-meets-MOTT THE HOOPLE musical influences and over-the-top stage shows with special effects, costumes and scantily clad female dancers.

SPIDERS & SNAKES' 1991 debut EP, "Arachnomania" charted in Japan and the U.K. on the import charts and the band never stopped, releasing "Arachno II" (1992),"2000 Retro" (1993),"Oddities: The Glitter Years" (1995),"Astro Pop" (1997),"London Daze" (2000),"Hollywood Ghosts" (2005) and "Melodrama" (2008). During the rollercoaster ride of record deals that saw their catalog released by such labels as Rkd/RED, Rafr/Flipside, Cleopatra and Corporal Punishment, the band continued to tour and release music videos (two which aired on MTV in the '90s) and appear in B films like "Vamps In The City" (MVD) and documentary films like "Hollywood Rocks" (Cleopatra Films). Most recently, SPIDERS & SNAKES was featured in the opening segment of the hit reality show "Ex Wives Of Rock" (Fuse).

Says Lizzie Grey, who co-founded the band with drummer and vocalist Tim Yasui: "We're simply not has-beens since we never officially became mainstream.

"I realized that if you stick around long enough, you eventually become somewhat relevant again"

"Year Of The Snake" will be released on digital download, CD and vinyl formats and a 25th-anniversary tour is in the works.

"Year Of The Snake" track listing:

The song "Too Angry" can be streamed below.

SPIDERS & SNAKES will appear live at Paladinos in Tarzana, California on Friday, April 11 for the annual "Rockers Against Trafficking" benefit featuring performances by HELMET, Dave Lombardo of SLAYER, Robert DeLeo from STONE TEMPLE PILOTS and members of W.A.S.P., QUIET RIOT and many more. 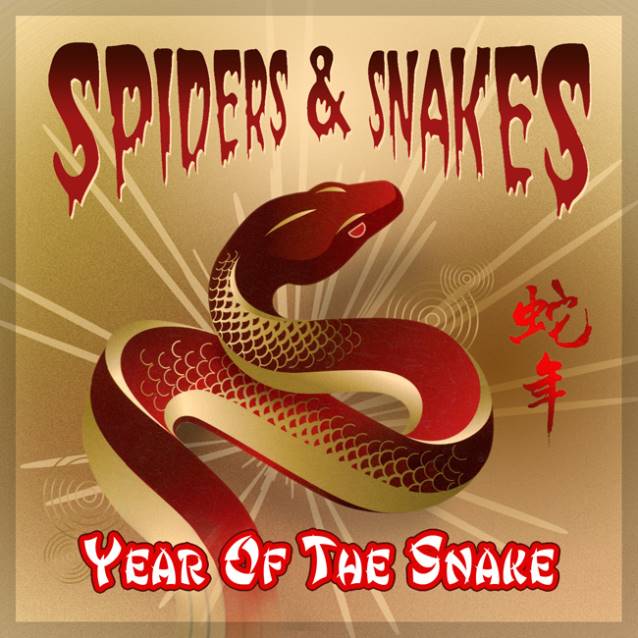