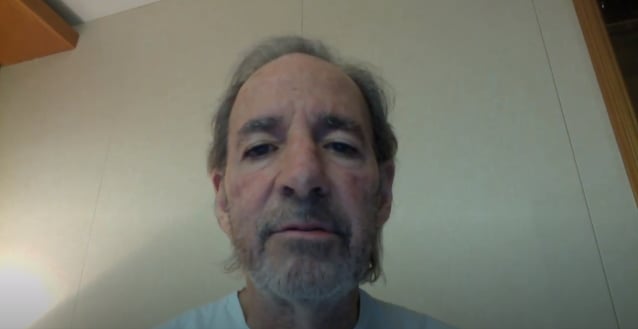 Harry Shearer, one of the creators of the iconic mockumentary film "This is Spinal Tap", has released the fourth track in his Donald Trump song series, which runs with a song a week throughout this summer and fall. "Stormy Daniels" follows the old-school R&B anthem to Jared Kushner, "Son In Law"; the disco/plaintive folk number celebrating Trump's consistent inconsistency in his approach to the pandemic, "COVID-180"; and "Very Stable Genius", a low-power power ballad, in which the Leader Of The Free World vaunts his self-proclaimed intellectual prowess combined with his calm and balanced disposition.

Written and performed by Shearer in the style of a mid-sixties romantic ballad, "Stormy Daniels" is a lush string-filled ode to passion, power and pay-off. Singing himself a soothing song of love and self-pity, the current occupant of the White House praises his alleged former amour's ample assets while bemoaning how his own assets were wasted in buying her silence.

"Stormy Daniels" features Shearer on vocals as Donald Trump. He is joined by CJ Vanston on piano, strings and bass and Greg Bisonette on drums. The trumpet and string arrangement is by CJ Vanston. The music and lyrics are by Harry Shearer. It is released by Twanky Records.

Shearer has vocally portrayed every U.S. president of his lifetime. Donald Trump is the third he has portrayed physically, having previously played Richard Nixon and Ronald Reagan on screen.

Shearer says of the series of Trump-themed songs: "My Donald Trump is almost as eager for continued public attention as the 'real' Trump."

Movie audiences will know Shearer best for his collaborations with Christopher Guest and friends. The most famous of these is the granddaddy of all mockumentaries, "This Is Spinal Tap" (with Rob Reiner and Michael McKean). The film revealed the concepts of spontaneously combusting drummers and amps that go up to eleven. SPINAL TAP, the band, has enjoyed worldwide success, stealing the show at the 2007 Live Earth concert at Wembley, London. In 2009, Harry, Christopher and Michael reunited to tour an acoustic version of SPINAL TAP songs as themselves in the "Unwigged And Unplugged" tour (which is available of DVD) and returned as Derek Smalls, Nigel Tufnel and David St. Hubbins to play Glastonbury and Wembley Arena with the volume turned up to eleven.

Twanky Records was co-founded by Shearer and Judith Owen in 2013 as the recording label to release their personal recording projects.