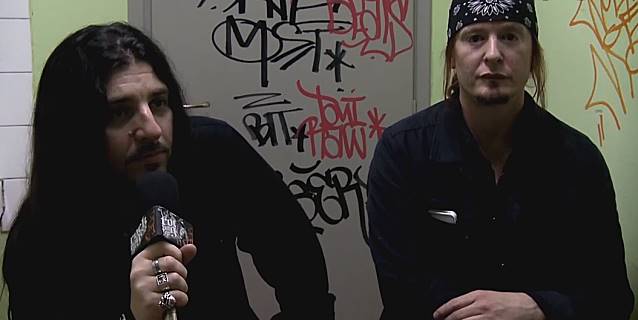 Rockpages TV conducted an interview with SPIRITUAL BEGGARS members Michael Amott (guitar; also of ARCH ENEMY) and Apollo Papathanasio (vocals; ex-FIREWIND) before the band's October 11, 2013 concert at Kyttaro in Athens, Greece. You can now watch the chat below.