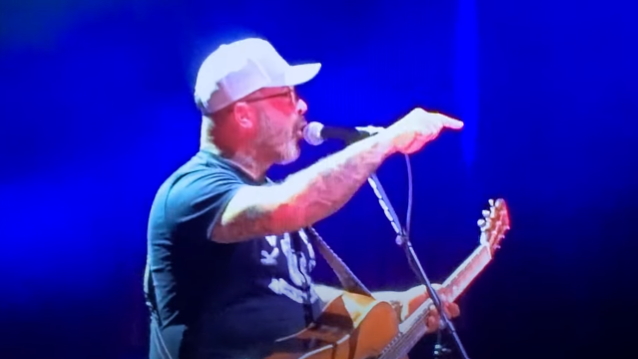 STAIND's AARON LEWIS Rails Against 'Man-Created' Virus, Blames Democrats For 'Every Scar That Exists On This Country'

STAIND frontman Aaron Lewis has once again accused the U.S. Democratic Party of fighting against every major civil rights initiative and of having a long history of discrimination.

The outspoken conservative rocker, who reinvented himself as a solo country artist in the last decade, voiced his views before performing his new single called "Am I The Only One" during his October 7 concert at Texas Trust CU Theatre in Grand Prairie, Texas.

He said (as transcribed by BLABBERMOUTH.NET): "You know what was weird: I released this song as a single and then completely abandoned this altogether and went and played STAIND shows.

"So me and a couple of friends wrote this song during lockdown.

"We will look back on this time frame in history and wonder how we were allowed — how we allowed — such ridiculousness to happen in this country, in this world. We allowed a virus that was created by man to destroy the entire fabric of mankind," he continued, referencing the scientifically unvalidated theory that the COVID-19 virus escaped from a Chinese lab. (Most scientists think the virus spread from animals to humans naturally, but, because they have not been able to pinpoint the exact path the virus took, they haven't ruled out the possibility that it came from the virology lab.)

"See, I liked American history in school. I paid close attention in that class. Yeah, but did we all pay attention? Because if we all paid attention in our fucking history classes, we would know that the Democrats are responsible for every fucking scar that exists on this country.

"Let's go through history, shall we, real quick? Every American Indian massacre, every fucking slave beside from eight that was ever owned in this fucking country was owned by fucking Democrats. Every segregational law, every racist law, every Jim Crow law, every fucking KKK meeting was done by the goddamn Democrats.

"Can we please embrace history so we don't fucking repeat it? Please!

"Go look it up yourself," Aaron said. "Please, I'm begging you, do not take my word for it. Get off Google and go look it the fuck up yourself. The Democrats are responsible for every fucking scar that exists on this fucking country. Period. The fucking end.

He paused for a few seconds and walked away from the microphone before returning.

"That might have been a little much," he added. "But I never said a word on the entire STAIND tour; I just wore awesome t-shirts. And I felt like I was being silenced."

"Am I The Only One", which takes aim at liberals and touches on American flags burning and statues that have been removed in the country, was written by Lewis with Ira Dean and Jeffrey Steele. 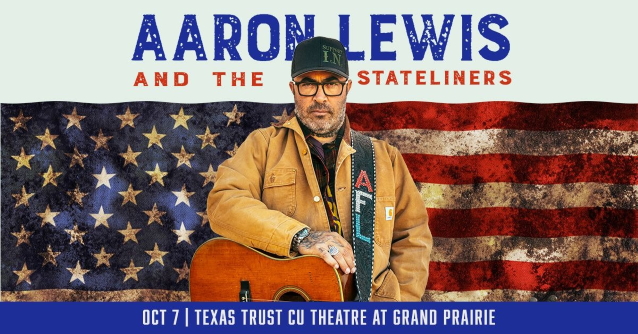