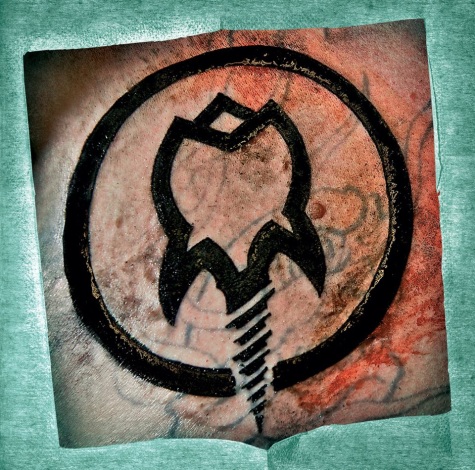 Lemi, Finland-based metallers STAM1NA have inked a North American deal with Bieler Bros. Records. The band's fifth album, "Nocebo", will be released in the U.S. on July 17.

Commented Bieler Bros. co-founder Jason Bieler: "STAM1NA encapsulates everything Bieler Bros. looks for when signing a new artist. Musically ferocious, melodically brilliant and structurally boundless, STAM1NA is the most exciting band in metal to me at the moment."

"Nocebo" in February entered the official Finnish album chart in the band's home country at position No. 1. The CD has been certified gold in Finland for sales in excess of 10,000 copies.

The members of STAM1NA were presented with gold plaques for "Nocebo" on February 18 during their appearance at the Finnish Metal Expo where they also performed the album in its entirety.

"Nocebo" was released in Finland on February 8 via Sakara Records. The CD was recorded at Petrax studios with producer Joe Barresi (TOOL, BAD RELIGION, APOCALYPTICA, QUEENS OF THE STONE AGE, WOLFMOTHER).

The digipack version of "Nocebo" comes with an extended booklet and a DVD containing a half-hour "making-of" documentary, filmed at Petrax studios and produced by STAM1NA's bassist, Kai-Pekka Kangasmäki.

According to a press release, the collaboration between Barresi and STAM1NA came about as a result of a meeting the producer had with the band in February 2010 when Joe was in Helsinki working on the latest APOCALYPTICA album.

STAM1NA was honored in the "Metal Album Of The Year" and "Band Of The Year" categories at last year's Emma Gaala (Finnish Grammy equivalent),which was held on February 26, 2011 at Barona Areena in Espoo, Finland.