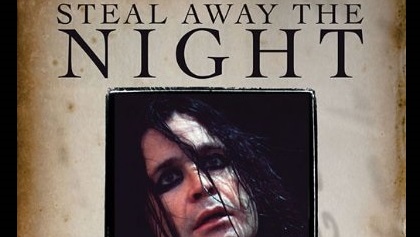 'Steal Away The Night: An Ozzy Osbourne Day-By-Day' Book Due In September

Due in September via Backbeat Books, "Steal Away The Night: An Ozzy Osbourne Day-By-Day" celebrates the Oz-man with a full account of his more-than-40-year run as rock's most adorable madman. Author Martin Popoff takes us through Ozzy's career day by day, covering the singer's years in BLACK SABBATH and beyond, milestone after milestone — the hirings, the firings, the rehabs and relapses, the bats, the doves, Zakk Wylde, and most seriously, the tragic death of Randy Rhoads in a fly-by prank gone wrong. He also detours from the stage and recording studio long enough to look into the incredible success that was the reality TV series "The Osbournes".

Adding to the considerable textual substance of "Steal Away The Night" is a revealing oral history of the band, much of which was culled from Popoff's extensive interview material with Ozzy and various band members and producers. Also included is an explosion of imagery culled from the band's record sleeves, live shows, ads, and memorabilia. Ozzy's shock-rock visuals are some of the flashiest in the biz, and they make each page of "Steal Away The Night: An Ozzy Osbourne Day-By-Day" explode with heavy metal power.

"To be sure, there have been bigger, more impactful heavy metal acts o'er the loud 'n' proud years," writes Popoff. "But for one stomping, clapping, peace-signing dude… Ozzy is the ever-youthful face and two bespectacled eyes of heavy metal, end stop."

This richly detailed, lavishly illustrated chronology of the metal legend's career is a must-have for an Ozzy fan! 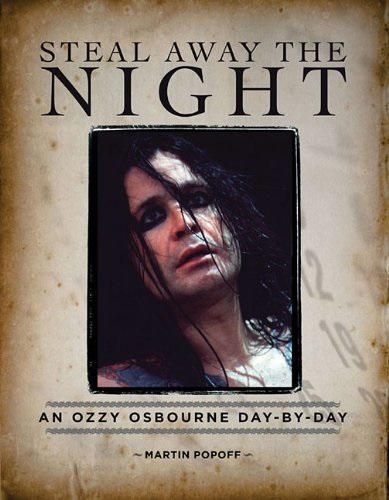