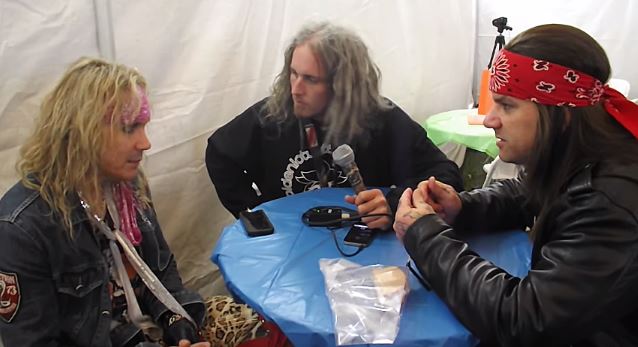 Asked if opening for JUDAS PRIEST has resulted in STEEL PANTHER changing any aspect of its performance, Michael Starr told Patch.com: "Not really. We pretty much forge forward the same way we would do it in front of a crowd that knows who we are. We've had a lot of experience playing festivals before a bunch of people that have never seen us and we just do what we do, no matter what. It's challenging too, because you have to realize that just because they're not screaming your songs, it doesn't mean they don't like you. Usually by the end of our show, people are fans or hate us. Nobody leaves our show going, 'They're pretty good.' They just go, 'I hate them' or 'I love them.'"