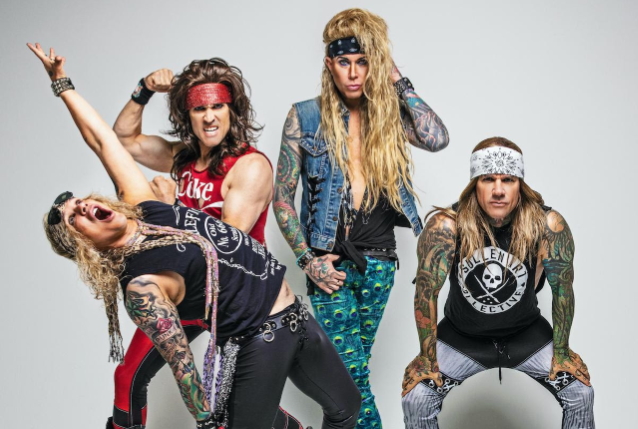 California glam metal jokesters STEEL PANTHER have released a NSFW video for the title track of their latest album, "Heavy Metal Rules". The clip, directed by Frankie Nasso, picks up right where the video for "Death To All But Metal" left off. The video then follows the band on the road to stardom from small clubs to some of the largest festivals in the world filled with copious amounts of beauties, blow, and boobs.

"Heavy Metal Rules" was released last September. The disc, which is described in a press release as a "heavy metal version of a self-help manual and ultimate party album combined," was once again produced by Jay Ruston, who collaborated with the band on all of its previous recordings, including 2017's "Lower The Bar".