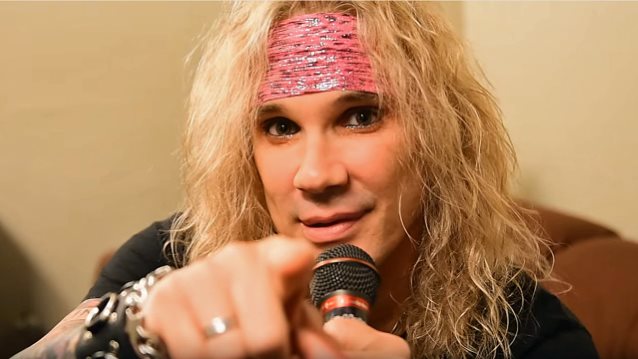 Asked about STEEL PANTHER's plans for the follow-up to 2014's "All You Can Eat" album, Michael said: "We're going in the studio the beginning of June, and we start recording. We're gonna do five songs at a time, so we have four recording sessions. We're gonna record a bunch of tunes and then pick the best to go on the record. And then we're hoping to put it out in October."

Starr did stress, however, that something might come up to alter STEEL PANTHER's schedule and force the band to push back the projected release date of the new album to next year. "'Cause, you know, shit changes," he explained. "You never know. We might get offered this killer tour opening up for somebody. Or we might get some offer to do someting and then we'll change the schedule. But right now what we do is we try to plan out our year, and then hopefully everything works out the way it's supposed to work out."