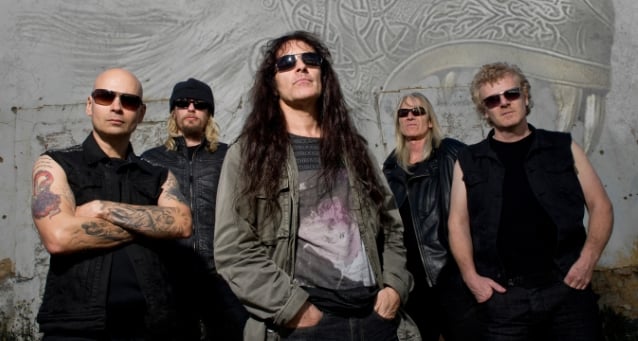 Steve Harris says that he is hoping to release BRITISH LION's next studio album before the end of the year. The MAIDEN bassist's hard rock side-project already has its second opus in the can and has been performing select cuts from it during recent tour dates. Meanwhile, MAIDEN recently launched the North American leg of its "Legacy Of The Beast" tour.

In a brand new interview with SiriusXM's "Trunk Nation", Harris stated about BRITISH LION's upcoming disc: "The new album is finished, and we're gonna try to get it out by the end of this year. So it should all be ready for when we do [the] 'Monsters Of Rock' [cruise in February 2020]. At the moment, we're trying to [pencil] in some U.S. shows around that."

Asked if he has a firm release date for the new BRITISH LION album, Harris said: "Not exactly, no. But I know roughly when we're gonna try to release it. It's just a question of if we can get it to fit in place in time, which hopefully we will. It's crazy where time goes. I'd like to get it out by November, really. But we'll have to see."

The band has been performing two new songs, "Spitfire" and "Bible Black", during some of its recent shows. A studio recording of "Spitfire" can be heard below.

"British Lion" was released in the U.S. in September 2012 via Universal Music Enterprises (UMe). Mixed by Kevin Shirley — whose credits include IRON MAIDEN as well as LED ZEPPELIN, JOURNEY and RUSH — the CD featured Harris alongside singer Richard Taylor, guitarists Graham Leslie and David Hawkins and drummer Simon Dawson.