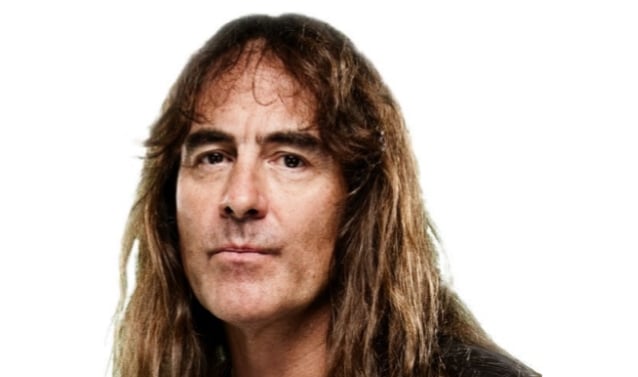 STEVE HARRIS On BLAZE BAYLEY's 'Bloody Good' Albums With IRON MAIDEN: 'It Was An Important Part Of Our Career'

During a recent appearance on FOZZY frontman Chris Jericho's "Talk Is Jericho" podcast, IRON MAIDEN bassist Steve Harris praised the era during which the group was fronted by former WOLFSBANE vocalist Blaze Bayley.

After Jericho said that 1995's "The X Factor" was one of his two favorite MAIDEN albums, Harris responded (audio below),"I really like that album. It's very personal to me. I remember saying at the time that those albums that we did with Blaze, that people would in the future come to appreciate them a lot more later on. And they are — they are starting to do that now. They definitely are appreciating them a lot more now. They were bloody good albums, in my opinion. It was just a point in time where, whatever we were going through at the time, I think it brought out some really good stuff.

"I really like that album, and that era as well," he continued. "We were fighting — everyone was kind of fighting at the time, because everyone thought metal was going down and all this. And it was, to a certain degree — but it makes you fight, makes you change and fight harder. I like that. There's an element to it, a fire in it, that's very important. It's an important part of our career. Every career has highs and lows and ups and downs, whether Bruce [Dickinson] is in the band or not, and it is what it is. You just ride the waves, really. At the moment, we're on the crest of a wave, which is fantastic. You take it all day long, but you never know what's around the corner, really."

Bayley joined IRON MAIDEN in 1994 after the departure of Dickinson. In addition to "The X Factor", he also appeared on the group's 1998 album "Virtual XI". Both records sold considerably less than the band's prior releases and were their lowest-charting titles in their home country since 1981's "Killers".

"Sign Of The Cross", the 11-minute opening track from "The X Factor", was performed during the group's "Legacy Of The Beast" European tour this year, the first times since 2011 that the song had been performed live. The tour also saw the band perform "The Clansman", a "Virtual XI" track inspired by Mel Gibson's 1995 film "Braveheart" that they had not played live since 2003.

IRON MAIDEN will bring "Legacy Of The Beast" to North America in 2019 for an extensive series of arena and amphitheater shows produced by Live Nation, including a first-ever headline appearance at the Banc of California Stadium in Los Angeles. The tour will cover a total of 33 cities right across the U.S.A. and Canada, including Portland, Oregon where they haven't played since 1987 on the "Somewhere In Time" tour, Hartford, Connecticut where they last played in 2005, and many other places not visited since the "Maiden England" 2012-2013 tour.