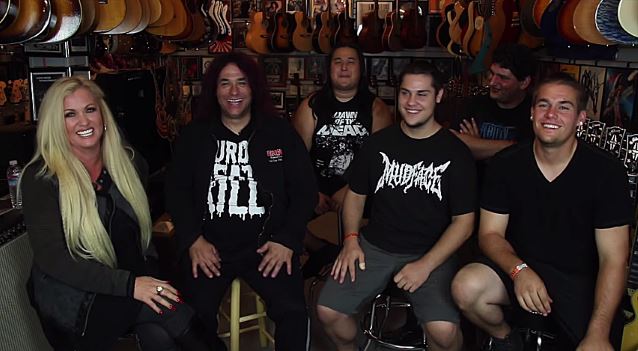 "In The Vault With Shanda Golden" (web site) recently conducted an interview with HATRIOT — the San Francisco Bay Area thrash metal band led by EXODUS and former LEGACY (pre-TESTAMENT) frontman Steve "Zetro" Souza. You can now watch the chat below.

HATRIOT's drummer is none other than Steve's son, Nicholas "Nick" Souza. Nicholas auditioned for the band after the departure of Alex Bent and "proved himself to be the best choice," according to Steve.

HATRIOT's lineup also includes Zetro's son Cody, who got his first bass as a present from his father after Zetro bought it off current EXODUS bassist Jack Gibson.

Asked how they feel about their father recently rejoining EXODUS after a decade away from the band, Cody said: "We're totally cool with it. We can't deny him something that's a big part of his life. We wanna see him happy."

Zetro beamed with pride as he spoke about his sons, telling Shanda: "If you decide to have [kids] in life, you make them your responsibility to make sure that they don't turn into little shitheads, and they become productive members of society. And that they play heavy metal. So, basically, that's what I've done with these. And they wouldn't be here if they weren't good enough to do it, and they are. They are bothfucking talented, as well as Kosta [Varvatakis, guitar] and Justin [Sakogawa, guitar]. Kosta writes most everything that I write lyrics, and then Justin coming in, [he] really complements what Kosta does, lead-wise, and this team works really together."

HATRIOT's sophomore album, "Dawn Of The New Centurion", was released on February 21 via Massacre Records. The band once again used producer Juan Urteaga and graphic artist Mark DeVito for the effort, which was made available on CD and digital download, as well as a limited-edition CD digipak with bonus tracks, and a limited-edition vinyl LP. 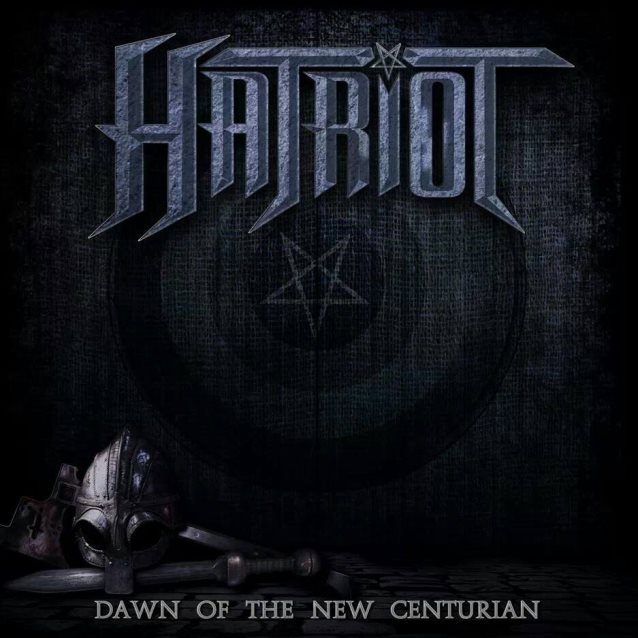