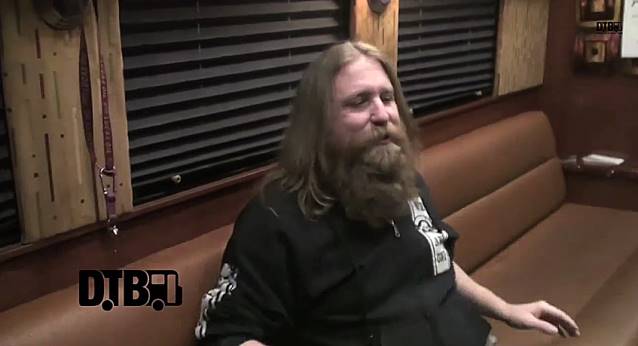 Each episode of Digital Tour Bus' "Dream Tour" features members of a touring act discussing whom they would like to share the stage with as part of their "ideal tour," if there were no limits. The latest episode, which was filmed on March 25 in Chicago, focuses on drummer Will Carroll of San Francisco Bay Area metallers DEATH ANGEL. Check it out below.