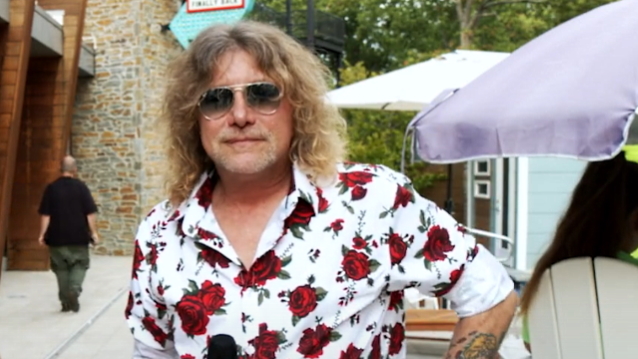 STEVEN ADLER: How I Ended Up Recruiting Singer Of GUNS N' ROSES Tribute Act For My Solo Band

Asked how he ended up recruiting Ariel Kamin, the singer of Argentinian GN'R tribute band SON OF A GUN, to front his ADLER solo band, Steven said: "Actually, I went to Argentina [in November 2016] — my wife's from there; her family lives there — and the GN'R guys invited me to do a couple of songs. And so I had a little party at a club called the Roxy in [Buenos Aires], and he was the singer [that played with us that night]. You can go on my web site and see — the Roxy in Argentina. He was so great. I was, like, 'You're coming with me.' And the guitar player from the band that opened up for GN'R was so amazing. I told him, 'Come down. I wanna jam with you.' And he came down. I tell you, if [GUNS N' ROSES guitarist] Slash would have seen him playing, he would have been in the back, in the dressing room, practicing. That's how good he was."