Tyler plays a wild, cowboy-type character named Kasape Suka in the horror flick about a wild road trip that culminates with a run-in with the Mexican drug cartel. The movie also stars Matt Bush, Britne Oldford and Matt Willig.

"When Brady Baxter finds out his girlfriend is cheating on him, his best friend Tommy Quinn decides the only way to get his mind off of it is to take a drug-fueled, death defying journey into the sweaty black heart of darkness that is Mexicali," reads the movie synopsis. "This is not Tijuana, this is not your father's Mexico. Things turn beyond twisted when they meet a back alley tour guide named 'The Mexican Cowboy,' who takes them down the rabbit hole, that is the seediest parts of Mexicali.

"Cock fights, Shamans, and a make-shift strip club called 'Chocho Fuego,' it looks to be the most insane birthday celebration in recent memory. When they meet two American girls and head to a desolate hotel, the night is about to end with a bang. Soon, it's clear the girls have other ideas. Sex games, drugs, torture, eventually held for ransom by the Mexican drug cartel. How did Brady's birthday dream turn into his worst nightmare?"

Steven previously told Billboard that he initially brought Tebo into the AEROSMITH camp about around 2009 during a particularly turbulent period in the group's history. "There was a lot of shit going on at one point with the band," Tyler explained, "and I got really pissed off and I thought, 'I need to start filming a day in the life of myself on tour.' So I brought [Tebo] out, and he did such a great job he started doing the [video] screens and he started being our videographer on tour."

Tyler has 22 acting credits under his belt, including voice roles on "Hot In Cleveland" and "Wonder Pets". He also appeared as himself on the Charlie Sheen sitcom "Two And A Half Men" and guest starred on the ABC drama "Nashville". 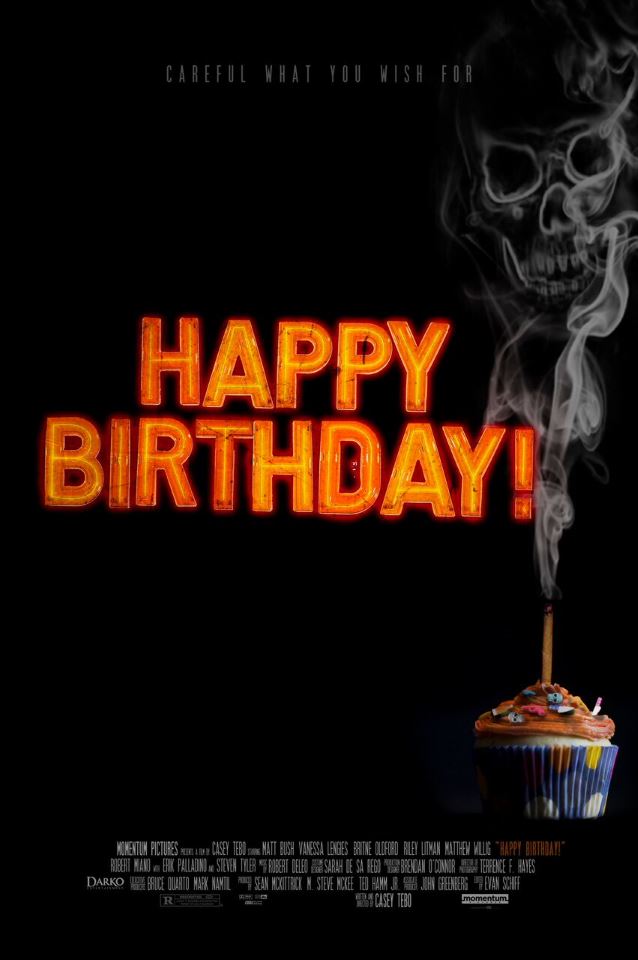