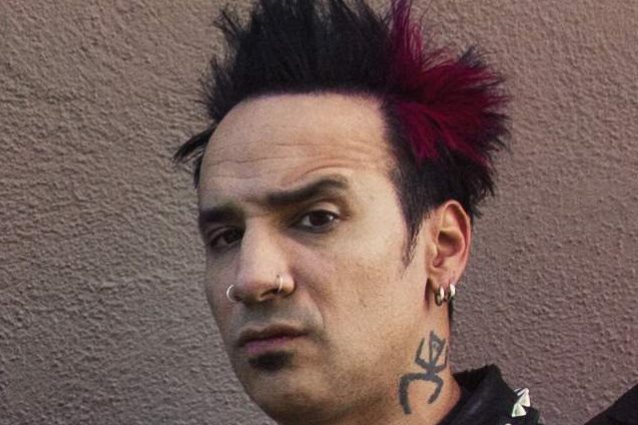 STONE SOUR drummer Roy Mayorga was recently interviewed by JZ of the Little Falls, Minnesota-based radio station FM94. The full conversation can be streamed below. A few excerpts follow (as transcribed by BLABBERMOUTH.NET):

On the group's latest album, "Hydrograd":

Roy: "We made the record with zero expectations. We just put together the best songs we can put together and recorded them and hoped for the best. We're really happy with how things turned out, especially the process of making the record. That was the first time the whole band actually recorded in a room live, together, so that's pretty special to me. It brings the character out in the band the most, doing it that way. Listening back to it, that's what I think about. I think that really came across in the record. I did not expect it to do what it's doing, and I'm really happy about that – I'm really happy everyone got it and got into it and supported it."

On the importance of having good chemistry:

Roy: "First off, off stage, you definitely have to get along. You have to be friends. That has to be there. That chemistry has to be there; otherwise, there's no point in being a band. Thankfully, we all definitely respect each other and love each other. We're brothers. We've been together like this for, like, eleven years. At least with this lineup now, it's been about five years, but this band is the longest I've been in for... ever. I've never been in a band any longer than a couple years. It just speaks volumes. I just love the people in this band. We all have mutual respect for each other. That has to start there. Otherwise, it's not going to work. We enjoy being around each other. It makes it easy to tour."

On how it feels when vocalist Corey Taylor focuses on other projects:

Roy: "For me, I actually enjoy having the time off when we do. I have the time to spend with my daughter and do other things that I want to do — like, do more studio work, some soundtrack work, do my own thing. In the middle of that downtime, I also get together with the other guys and write. It's okay — it's all right."

On the band's recent touring:

Roy: "It's probably one of the best tours we've ever been on. It's been crazy. So far, we're at 90 shows in seven months in 18 or 19 countries. It's been crazy, but it's been great. The shows have been amazing; the crowds have been amazing; [we've played] some sold-out rooms, which has never really happened with this band. We just came from Australia and Japan, Europe, Russia, England — all those shows were off the hook."

Mayorga joined STONE SOUR in 2006. Prior to that, he played in bands such as NAUSEA, SOULFLY and CRISIS. Over the years, he has also toured or recorded with Ozzy Osbourne, SEPULTURA, AMEBIX and Dave Navarro (JANE'S ADDICTION).

STONE SOUR will support Osbourne on the initial North American leg of the legendary vocalist's "No More Tours 2" tour, which kicks off August 30 in Allentown, Pennsylvania.

"Hydrograd" came out at the end of June and features the chart-topping rock radio hit "Song #3". The disc was recorded at Sphere Studios in North Hollywood, California with producer Jay Ruston, who has previously worked with ANTHRAX and STEEL PANTHER. The latest track issued from the effort is "Rose Red Violent Blue".