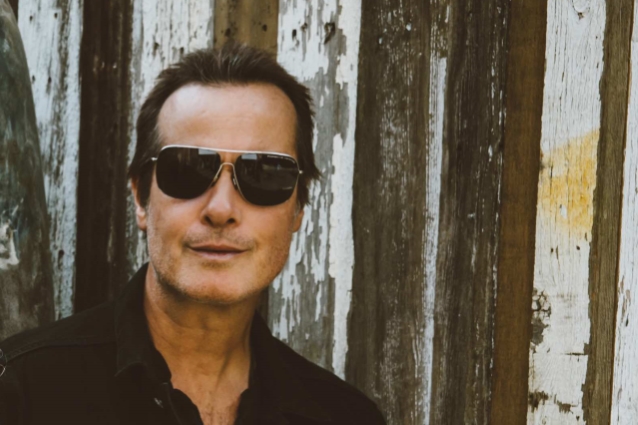 STONE TEMPLE PILOTS Bassist On CHESTER BENNINGTON: 'He Was Like An Angel That Stepped In And Set Us Straight'

STONE TEMPLE PILOTS basist and founding member Robert DeLeo spoke to The List about being the only rock band in memory to soldier on after the deaths of not one, but two, successive lead singers.

Original STP frontman Scott Weiland, who reunited with the group in 2010 after an eight-year hiatus but was dismissed in 2013, died in December 2015 of a drug overdose.

Regarding Weiland, DeLeo said: "You don't really experience things like that too often, when someone like that comes into your life and you create a dream. I'm here today because of what we created. Especially when I'm on stage playing one of our songs, he's always running through my spirit."

As for Chester, Robert said: "I love Chester. He really was an amazing human being. He was like a brother. He had an amazing energy about him. He always looked for the solution; he never got tangled in conflict. He just had an energy. He was like an angel that stepped in and set us straight."

STONE TEMPLE PILOTS and RIVAL SONS will co-headline a North American tour this fall. The 12-city tour will kick off in Baltimore on September 13th, with stops in Philadelphia, New York City, New Orleans and more, before wrapping up in STONE TEMPLE PILOTS' former hometown of San Diego on October 9.

STP singer Jeff Gutt recently revealed that the band was working on an acoustic record.

The acoustic disc will be Gutt's second with STP after joining the band in 2017. His recording debut with the group was on its self-titled seventh album, which arrived in March 2018.