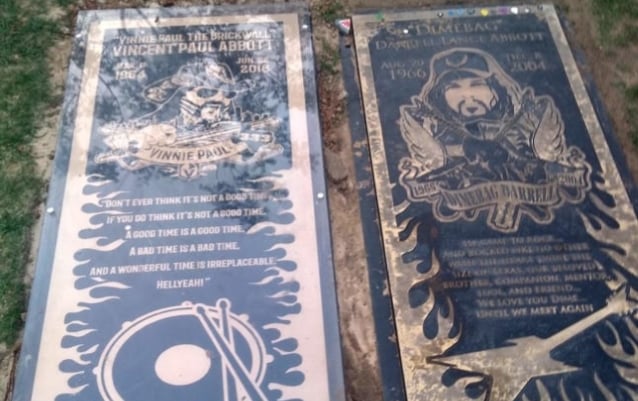 A new photo of Vinnie Paul Abbott's grave marker next to that of his brother, PANTERA guitarist "Dimebag" Darrell Abbott, can be seen below (courtesy of DrummerBart). The picture shows what appears to be a protective cover over Vinnie Paul's marker, presumably placed there to guard the grave from vandalism.

After it was reported back in 2010 that Dimebag's grave at the Moore Memorial Gardens Cemetery in Arlington, Texas was vandalized, Vinnie Paul was asked by Artisan News if the person responsible for causing the damage had ever been apprehended. "Nah, nah," he replied. "But it's just a real disrespectful thing. I don't understand why somebody would wanna scratch their name in somebody's tombstone or anything. But fans are rabid, man; they do unheard-of things. I just wish they would respect him and let him rest in peace and just leave it at that." 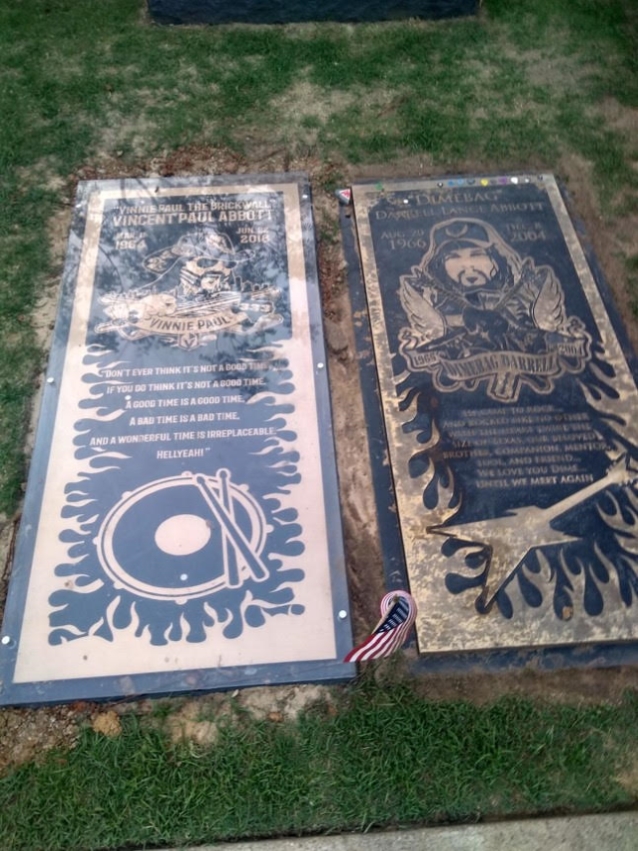