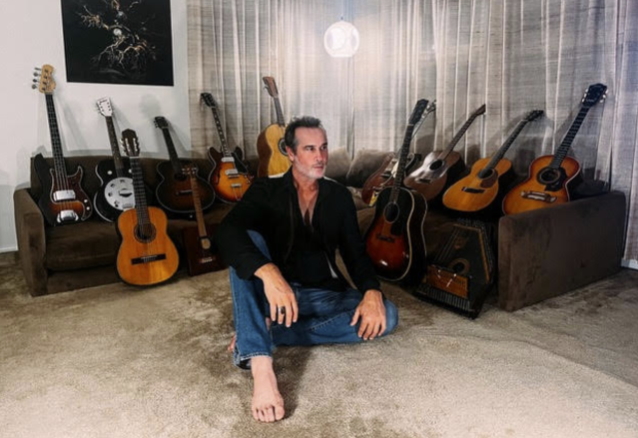 Robert DeLeo, bassist and principal songwriter of the iconic band STONE TEMPLE PILOTS, will release his first solo album, "Lessons Learned", on October 21. Listen to debut single "Love Is Not Made Of Gold" below.

If you've been paying attention since the 1990s, you already know that DeLeo's range was always there in the hints of sophistication sparkling beneath the surface of the sound that cemented STP's place as one of the defining bands of their era. Now for the first time, he's pulling back the curtain to reveal the full breadth of his range. "Lessons Learned" bears many shades of DeLeo in his full glory as a multi-instrumentalist.

STP listeners will recognize the signature chord changes right away, with new songs like "She Brings The Rain", "What Will Be" and "What'll I Do", shifting course and ascending ever so gracefully to the upper ozone of the musical spectrum, where gorgeous hummable melodies spill over into an array of reflective moods.

"The past few years of life have revealed many changes," says Robert. "This collection of songs represents what has transpired. The journey and gift of songwriting has played such an important role for me. It's been a close companion throughout my life."

Robert played virtually all the instruments on the album, complemented by guest musicians and vocalists, all of which lend to the undeniable intimacy of the music. "Love Is Not Made Of Gold" features vocalist Jimmy Gnecco.

"I needed to confess my feelings on that ever so mystical word…LOVE," says Robert. "I wanted this song to come across in such a way that really hits where it hurts."

Like so much of DeLeo's body of work, "Lessons Learned" is the kind of record that feels so alive in the present and instantly soundtracks the moment for the listener.

"The path of love is unknown," Robert concludes. "Your heart leads you in many different directions. These are my lessons learned."

This past March, Robert spoke to AXS TV's "At Home And Social With" about his upcoming solo album. The 56-year-old musician said: "Through this pandemic, there's been a lot of time and a lot of free time. And it gave me a chance to pick up all my acoustic instruments and kind of talk to them a little bit and see what they had to say back. And before I knew it, I had a bunch of songs together of my own — acoustic-based songs. And I had some friends of mine, who are very talented, do some vocal stuff. So I have different vocalists — about five different vocalists — through the record, and great, great, very talented people helping me out with this."

Asked if he wanted to name some of the singers that appear on the LP, DeLeo said: "I'm gonna keep that a secret right now, but I'm about 10 songs out of 12 done. And hopefully later this year [I'll be able to] present that. And I'm really excited about that. I'm playing guitar and bass, and I sang one song and kind of laid it all out on my own, using different instruments that I have. And it's been really therapeutic."

In February, DeLeo revealed on his Instagram that his solo album would include a guest appearance by Kara Britz, who has worked as a backing singer on NBC's "The Voice" and has backed up country artist Blake Shelton, as well as piano playing by producer, engineer and mixer Bill Appleberry and cello playing of Dave Eggar.

In the summer of 2021, DeLeo discussed his upcoming solo album in an interview with Bass Player magazine. At the time, he stated about the set: "It's all acoustic bass, and I got a chance to sharpen up my acoustic guitar skills too. I wound up finding a guitarrón — you know, the Mexican bass? I found one that was converted to four strings and it was fretted, and it sounds unbelievable. I've reached out to people that I really wanted to write and collaborate with."

DeLeo has been discussing the possibility of releasing a solo album for at least the last two decades. Back in 2002, he said that he was "compiling a number of songs" that had not made their way on to STP records, "not because they're bad songs, [but] just because they never found a place. Though they're different from STP, they still mean a lot to me," he explained.

Last December, Robert revealed that he had tested positive for COVID-19, the disease caused by the novel coronavirus. He later said that "it was rather mild, like flu mild."

Singer Jeff Gutt, a 46-year-old Michigan native who spent time in the early-2000s nu-metal act DRY CELL, among other bands, and was a contestant on "The X Factor", joined STONE TEMPLE PILOTS after beating out roughly 15,000 hopefuls during an extended search that began more than a year earlier. 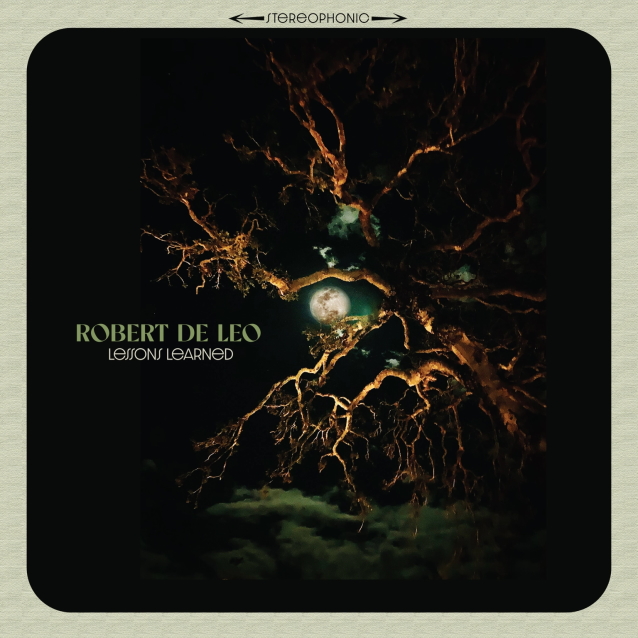