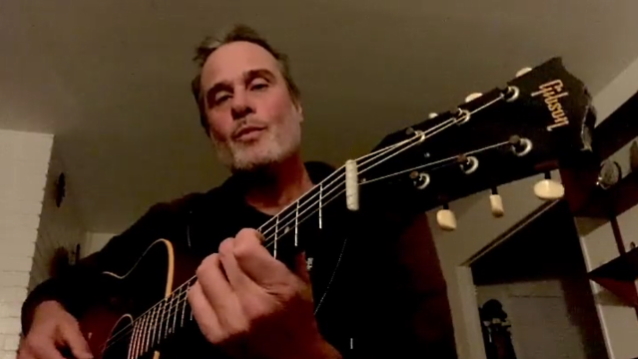 Founding STONE TEMPLE PILOTS bassist Robert DeLeo has confirmed that he is working on his first-ever solo album.

The 56-year-old musician has revealed on his Instagram that he is recording a total of 12 songs for the effort, which will include a guest appearance by Kara Britz, who has worked as a backing singer on NBC's "The Voice" and has backed up country artist Blake Shelton, as well as piano playing by producer, engineer and mixer Bill Appleberry and cello playing of Dave Eggar.

Among the tracks set to appear on the LP is "Anew", which can be previewed below.

Last summer, DeLeo discussed his upcoming solo album in an interview with Bass Player magazine. At the time, he stated about the set: "It's all acoustic bass, and I got a chance to sharpen up my acoustic guitar skills too. I wound up finding a guitarrón — you know, the Mexican bass? I found one that was converted to four strings and it was fretted, and it sounds unbelievable. I've reached out to people that I really wanted to write and collaborate with."

DeLeo has been discussing the possibility of releasing a solo album for at least the last two decades. Back in 2002, he said that he was "compiling a number of songs" that had not made their way on to STP records, "not because they're bad songs, [but] just because they never found a place. Though they're different from STP, they still mean a lot to me," he explained.

Just two months ago, Robert revealed that he had tested positive for COVID-19, the disease caused by the novel coronavirus. He later said that "it was rather mild, like flu mild."