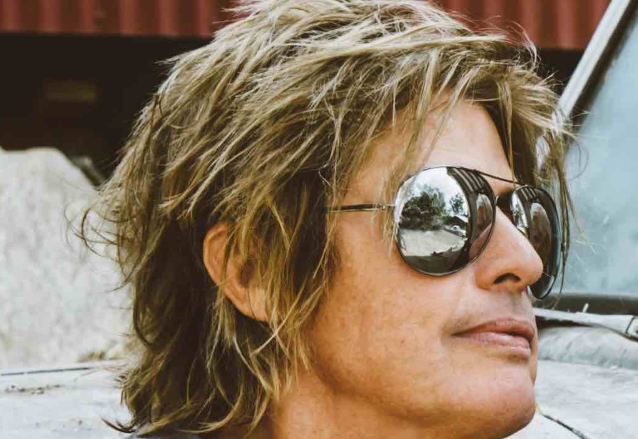 In a new interview with Ned of the Waterloo, Iowa radio station Rock 108, Dean DeLeo, guitarist and songwriter from STONE TEMPLE PILOTS, was asked how he and his bandmates dealt with the coronavirus downtime. He responded (as transcribed by BLABBERMOUTH.NET): "Honestly, we haven't toured since the summer of '19. We toured extensively for 2019 — we went around the globe I think three times. We kind of finished up with a great tour with the great RIVAL SONS. And we were starting to gear up for another round of it for 2020, and then February of 2020 hits and the whole bottom falls out."

He continued: "I don't even know where to begin. It was just so sad on so many levels what was going down in our world, and trying to make heads or tails… I'm still trying to make heads or tails out of all of it, like, 'What happened here?' For me personally, there was something that I kind of enjoyed during the pandemic; I wound up making a record virtually," he added, referencing TRIP THE WITCH, his collaborative project with renowned Nashville session player Tom Bukovac, which recently released its self-titled debut LP.

"Trip The Witch" was written and recorded entirely online during the pandemic, with the pair sending videos back and forth, building ideas. The album's opening track, "Saturn We Miss You", is highlighted by the inimitable vocals of legendary YES frontman Jon Anderson.

Singer Jeff Gutt joined STONE TEMPLE PILOTS four years ago. His recording debut with the group was on its self-titled seventh LP, which arrived in March 2018.

Gutt, a 45-year-old Michigan native who spent time in the early-2000s nu-metal act DRY CELL, among other bands, and was a contestant on "The X Factor", joined STONE TEMPLE PILOTS in 2017 after beating out roughly 15,000 hopefuls during an extended search that began more than a year earlier.