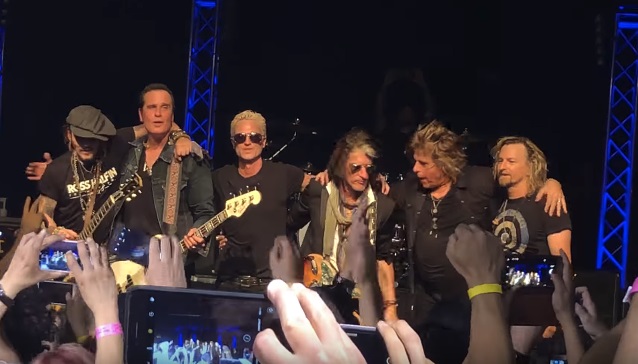 STONE TEMPLE PILOTS were joined by actor Johnny Depp and Joe Perry (AEROSMITH) on stage during their March 8 concert at The Rose in Pasadena, California. Depp came up at the end of the STP set for "Down", the first single from the band's fourth album, 1999's "No. 4", before Perry made an appearance for a cover of the AEROSMITH classic "Toys In The Attic" and the set closer, "Sex Type Thing".

Depp, who plays the guitar, and Perry have become good friends with STONE TEMPLE PILOTS as they play with bassist Robert DeLeo in their supergroup HOLLYWOOD VAMPIRES. The latter band, which formed in 2015, also includes Alice Cooper and drummer Matt Sorum.

STONE TEMPLE PILOTS' setlist for the Pasadena concert was as follows:

STONE TEMPLE PILOTS guitarist Dean DeLeo said in a recent interview with The San Diego Union-Tribune that the band would have quit if it hadn't found the right singer to succeed the late Scott Weiland and Chester Bennington. DeLeo explained: "If we didn't find the person we felt we could move forward with, we ultimately would have put a fork in it."

But that person turned out to be former "X Factor" contestant Jeff Gutt, with DeLeo saying: "There was no room for error. That's why we spent nearly a year together with Jeff before we invited him to join the band. We wanted to make sure it was the right decision. But we did find somebody who could not ony do the catalog of our previous songs justice, but someone we could write new songs with, too."

Gutt, a Michigan native, was previously a member of the bands RIVAL CITY and DRY CELL. Asked whether Gutt not being an established star was an advantage for the group, DeLeo replied: "I wanted a person I knew we could write songs with... I didn't give a shit if Jeff was well-known or not. I just wanted a guy who could do the gig."

Gutt's first album with the band, a self-titled effort and STP's seventh overall, is due out on March 16. 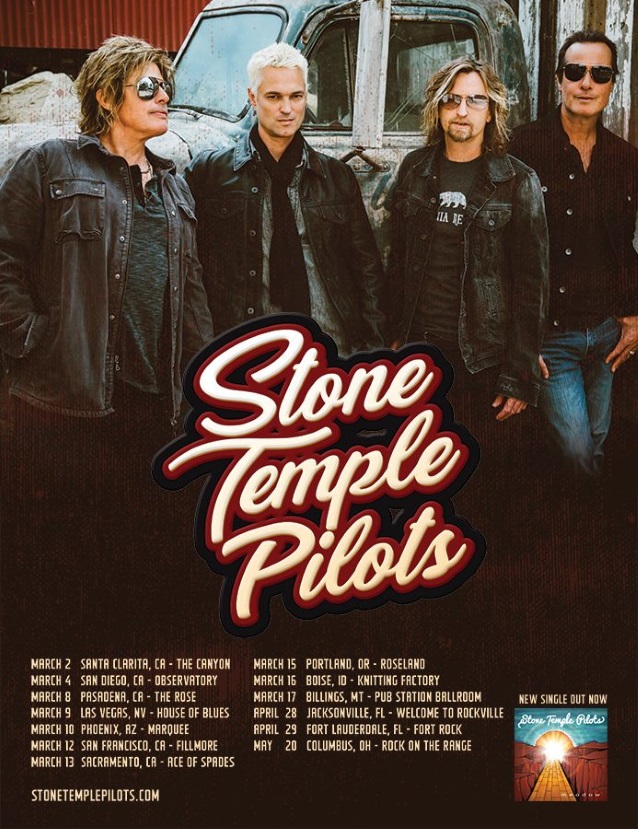