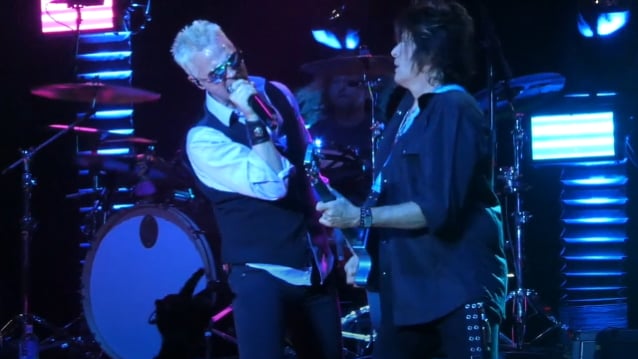 STONE TEMPLE PILOTS have scrapped the remaining shows on their current tour after a "member" of the band's "organization" tested positive for COVID-19, the disease caused by the novel coronavirus.

STONE TEMPLE PILOTS announced the cancelation in a social media post on Wednesday (November 10). The band wrote: "During routine Covid-19 testing of our band and crew, we have discovered that a member of our organization has tested positive for the virus. Out of an abundance of caution, we must regretfully cancel our remaining shows on this current tour; our appearances in Daytona, FL at the Welcome to Rockville Festival and Tulsa, OK at the Skyline Event Center. Refunds for the Tulsa show can be made at your point of purchase.

"Thank you to everyone that came out to see us this fall, it was wonderful to see all of your beautiful faces in person again. We hope to be able to do this again with you all very soon."