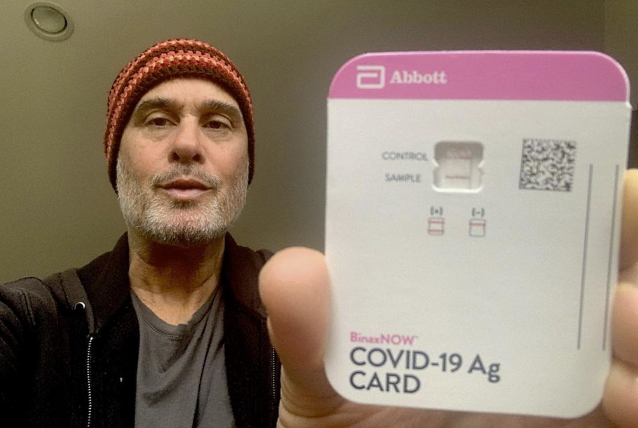 The 55-year-old musician revealed his diagnosis in an Instagram post earlier today. He shared a photo of a positive COVID-19 test and he wrote: "Well, like so many others this virus has come to pay me a visit. Yes, double lines… Jackpot! Except this time you don't win anything but a nice chunk of time by yourself doing the 'q' word. Omicron, Robotron, Lexicon, whatever they wanna call it, it's the CRUD! A new year is upon us and I hope and pray everyone stays healthy and safe. Let's all make this new year a positive and forward moving experience filled with everything we all love!"

Last month, STONE TEMPLE PILOTS scrapped the remaining shows on their tour — including an appearance at the Welcome To Rockville festival in Daytona Beach, Florida — after a "member" of the band's "organization" tested positive for COVID-19.