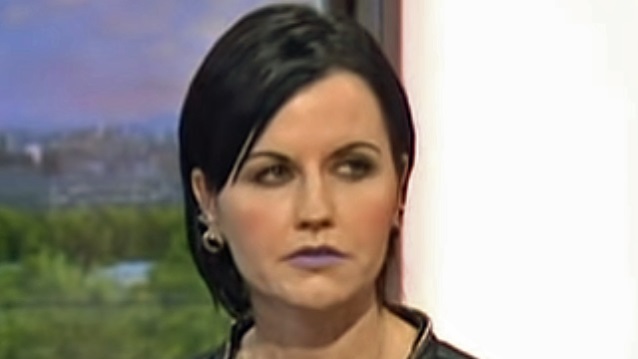 According to The Pulse Of Radio, rock artists around the world responded to the shocking news that THE CRANBERRIES singer Dolores O'Riordan had died suddenly on Monday (January 15) in a London hotel at the age of 46. New STONE TEMPLE PILOTS singer Jeff Gutt wrote: "Rest In Peace Dolores O'Riordan. I've heard people all over the world singing her songs with crowds enthusiastically singing back. Truly a special musician and songwriter."

Singer-songwriter Hozier, a native of Ireland like O'Riordan, wrote on Twitter: "My first time hearing Dolores O'Riordan's voice was unforgettable. It threw into question what a voice could sound like in that context of rock. I'd never heard somebody use their instrument in that way. Shocked and saddened to hear of her passing, thoughts are with her family."

FOSTER THE PEOPLE shared on Twitter: "Shocked and heartbroken over Dolores O'Riordan's death. THE CRANBERRIES were pinnacle in showing me that it was possible to fully embrace masculine and feminine energy in one cohesive sound. She was a true pioneer."

PARAMORE vocalist Hayley Williams said on Twitter that her favorite CRANBERRIES track was "I Will Always", adding: "I have never not cried while listening, so here we go."

At press time, the cause of O'Riordan's death remained unexplained.

Rest In Peace Dolores O'Riordan. I’ve heard people all over the… https://t.co/UttvmE4fBx

Too many, too soon. RIP Dolores xxxx