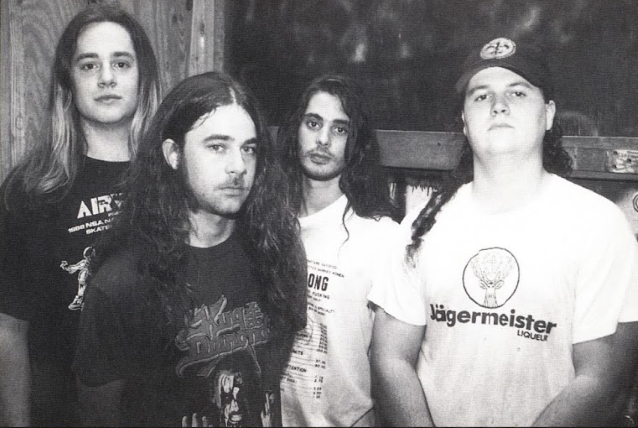 Lennon Laviolette, guitarist of New Orleans band STRESSBALL, passed away at age 50 from complications from health issues involving his liver and kidneys (not COVID-19).

STRESSBALL's self-titled album was released in 1993 through Pavement Music. Along with labelmates CROWBAR, they were part of the blossoming New Orleans scene during the late 1980s and early 1990s. They toured and shared the stage with fellow New Orleans acts CROWBAR, EYEHATEGOD, EXHORDER, ACID BATH and GRAVEYARD RODEO.

STRESSBALL featured drummer Joe Fazzio, who went on to form SUPERJOINT RITUAL. STRESSBALL recorded a couple of demos in the late 1990s and early 2000s before disbanding.

The official video for the STRESSBALL song "Dust", from the band's debut LP, can be seen below.

Laviolette is second from left in photo above.