Rap/metal pioneers STUCK MOJO reunited for a special concert last night (Friday, December 26) at the Masquerade in Atlanta, Georgia. The band's lineup for the show included Rich "The Duke" Ward on guitar, Bonz on vocals, Corey Lowery on bass and Frank Fontsere on drums. This marked the first time Rich, Bonz, Corey and Frank have shared the stage since 1998. 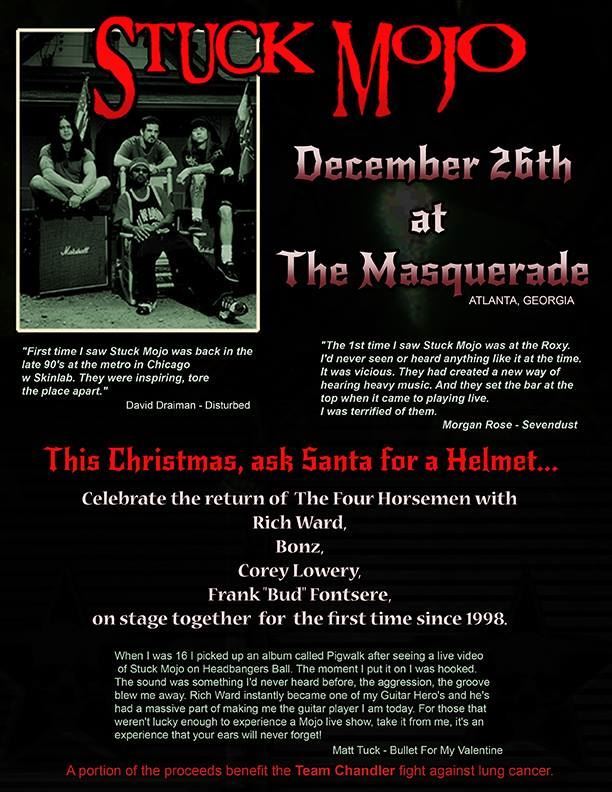