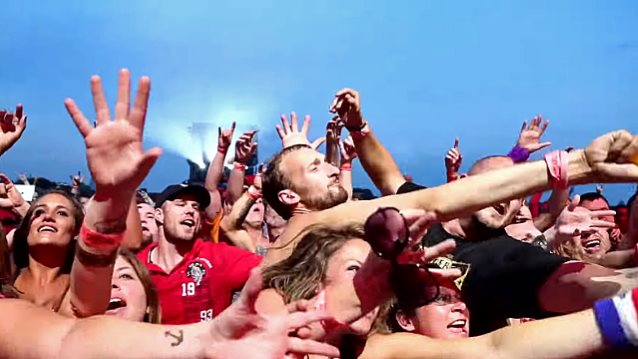 Extreme music — such as heavy metal — can positively influence those experiencing anger, a study by The University Of Queensland, an Australian public research university primarily located in Brisbane, Queensland, has revealed.

"When experiencing anger, extreme music fans liked to listen to music that could match their anger.

"The music helped them explore the full gamut of emotion they felt, but also left them feeling more active and inspired.

"Results showed levels of hostility, irritability and stress decreased after music was introduced, and the most significant change reported was the level of inspiration they felt."

The study was published in Frontiers In Human Neuroscience and involved 39 regular listeners of extreme music, aged 18-34 years.

Participants were monitored during a baseline period, after a 16-minute "anger induction."

Participants then spent 10 minutes listening to songs of their choice, or 10 minutes of silence, and were monitored once more.

The "anger induction" involved the interviewees describing angering events in their life, with prompts around relationships, employment and finances.

While the majority (74 percent) of participants were Australian-born, the remainder were born in locations as diverse as Oman, Sweden, Indonesia, South Africa, New Caledonia, New Zealand and the USA.

"A secondary aim for the study was to see what music angry participants would select from their playlist," Sharman said.

"It was interesting that half of the chosen songs contained themes of anger or aggression, with the remainder containing themes like — though not limited to — isolation and sadness.

"Yet participants reported they used music to enhance their happiness, immerse themselves in feelings of love and enhance their well-being.

"All of the responses indicated that extreme music listeners appear to use their choice of music for positive self-regulatory purposes."

Sharman and Dingle's "Extreme Metal Music And Anger Processing" research paper can be read in full at the Frontiers In Human Neuroscienceweb site.