According to TMZ.com, two tour buses that are being used on the "The Soundtrack Of Summer" trek featuring STYX and FOREIGNER went up in flames early Wednesday afternoon in Philadelphia. The fire started shortly after noon at a tour bus parking facility and involved only "crew buses" and not "band buses," according to the report.

The tour buses were reportedly empty and there were no reports of any injuries.

The exact cause of the fire is still under investigation.

The bands are scheduled to perform together Thursday, July 3 at Susquehanna Bank Center in Camden, New Jersey.

STYX, FOREIGNER and former EAGLES guitarist Don Felder kicked off their three-month tour on May 16 in Oklahoma City.

STYX and FOREIGNER previously toured together as part of the 2010 "Union" trek. 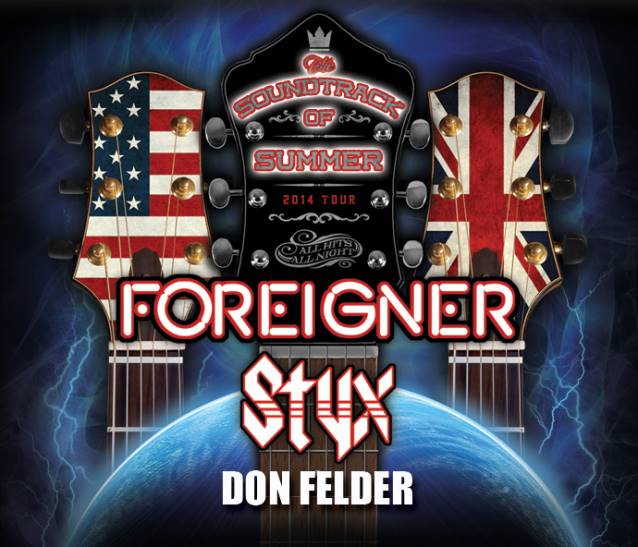