STYX will stream a 2017 Quebec concert tomorrow (Saturday, March 28),with an introduction from singer/guitarist Tommy Shaw, exclusively on the band's YouTube page starting at 5 p.m. PT/8 p.m. ET. STYX is also asking for donations to the band's Rock To The Rescue organization.

Two weeks ago, STYX postponed around a dozen shows that were scheduled to take place between March 13 and March 28 in the wake of the coronavirus (COVID-19) pandemic. The new dates will be announced soon.

Shaw recently told the "PodKats!" podcast that he and his bandmates are "pretty well into" the songwriting process for STYX's next studio album. "Lawrence [Gowan] will be coming to Nashville, and our producer, Will Evankovich, we're going to be doing the writing demos for the songs that we have so far and finishing up a few things," he said. "Mainly now it's just a matter of scheduling between times that we're on the road and times that we need to be home. That's the hardest thing — just getting us all together in a room." 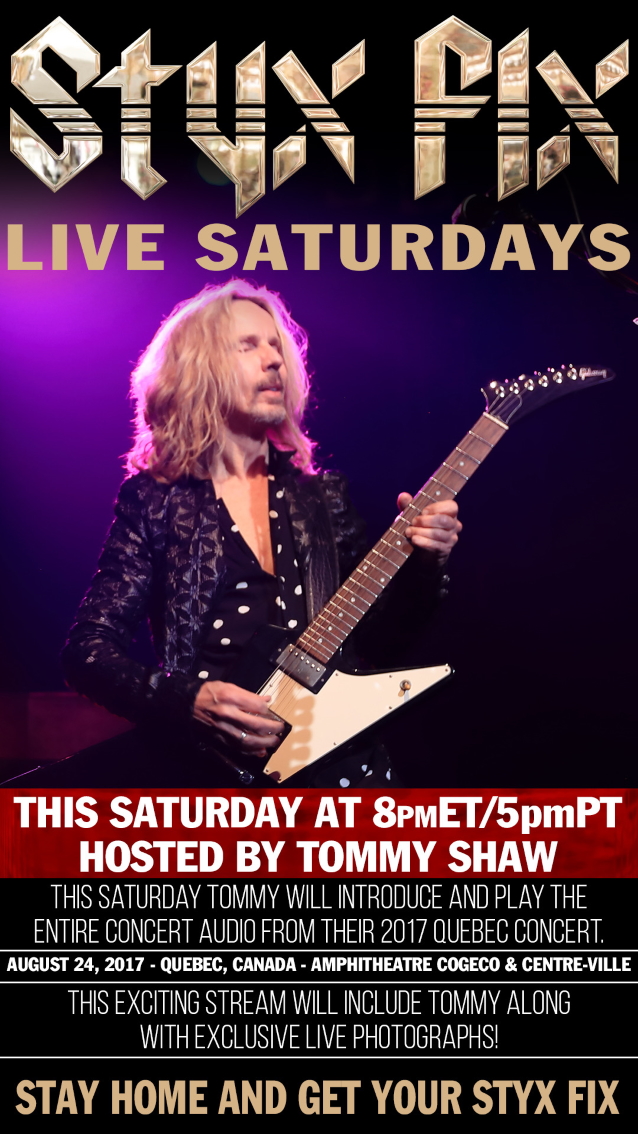