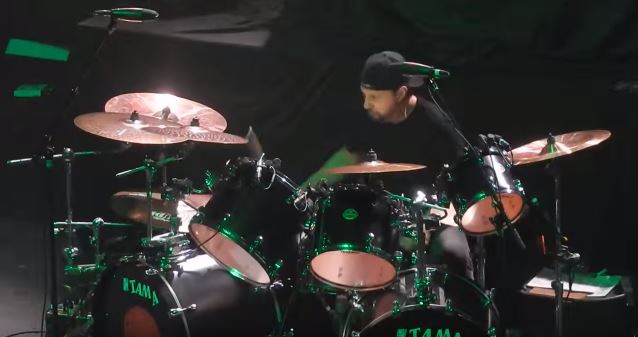 Former SLAYER drummer Dave Lombardo is sitting behind the kit for SUICIDAL TENDENCIES during the band's North American tour as the support act for MEGADETH.

Fan-filmed video footage of SUICIDAL TENDENCIES' March 16 performance at Terminal 5 in New York City can be seen below.